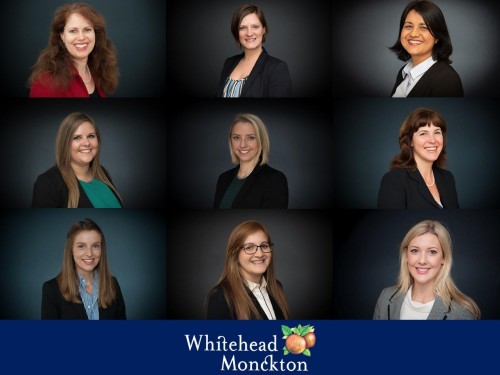 As somebody who is set to be qualifying in roughly 6 months time, this year holds a lot of potential and emotion. But when I attended my first PSC Elective in January and the course leader mentioned that Baroness Hale had given an interview for Vogue, I knew that before I jumped on my train home, for the first time in the 26 years of my life I would be spending the £3.99 to purchase February’s version of Vogue just to read that article… and I am so glad I did.

What an amazing woman she is!

I have learned so much across that two page spread, not just about her but also about myself. I have always said I am not a feminist but reading the interview made me realise that I actually am, and feminism comes in all ages and genders. In light of this I realised I did not quite know our history as well as I should but I am always willing to learn, and since reading that article I have discovered the following.

100 years ago, many of us would have been fighting just to study the law or would be the only female in the University studying the Law and no matter your result, it would not have been awarded until the passing of Sex Disqualification (Removal) Act 1919.  Alternatively, your degree may have been eventually awarded to you but you would not have been able to practise with it so may turn to academics. This was the case for Eliza Orme in 1888 who achieved the first law degree at the University College of London and Letitia Walkington in 1889 who achieved the first UK Doctor of Laws at the Royal University of Ireland, Dublin but turned to academics as she was unable to find a position as a Barrister or Solicitor.

In 1903, Bertha Cave applied to Gray’s Inn for the purpose of being called to the Bar. While the inn was initially willing to consider the application it was eventually decided that it should be referred to the committee due to the legal implications. Subsequently it was decided it was a matter for the courts.

You may then ask why not get the men involved surely that would help, with the support of well respected men fighting beside you, you would have more success right? Well if you thought that, you would be incorrect. The men did try and help and in fact in 1912, Edward Bell proposed to a hostile Law Society that Women should be allowed to become Solicitors to no avail. Subsequently in 1913, 4 women including Gwyneth Bebb argued against the Law Society that they should be admitted on the basis that women fall under the category of a “person” under the Solicitors Act 1843. They were unsuccessful but as always there is a silver lining, as without the publicity from this case, it is unlikely that the 1919 Act would have been successful.

The aforementioned people pathed the path to the passing of the 1919 Act and without them, we would not be CELEBRATING 100 years of women being legally allowed to enter the legal profession. Some may say, we have to acknowledge that  this is both a joyous and solemn occasion. But we should be celebrating as the passing of the 1919 Act ensured women would receive their legal degrees (past, present and future), could become a Juror, Barrister, Solicitor, Magistrate and Judge (and now legal executive). Without the passing of this law, many of us would not be here! In fact, in that very year Ada Summers became the UKs first female magistrate! (as a side note, she was also the first female Councillor and Mayor of Stalybridge).

More recently, annual statistics of 2017 state that women are now dominating the profession and despite only 28% of women becoming Partners/Directors we know that this is increasing year on year, so still progress! Also we now have 3 female Law Lords in the Supreme Court and that’s only after 10 years of the Supreme Court being established, some would say that is quick progress (for the Law at least!) However,  rather proudly if we look at Whitehead Monckton in particular we can see that currently around 60% of our fee earners are female with 40% of our Directors (Partners) also being female. With both of these above the national statistics it is no wonder that our staff and trainee retention is so high.

While I acknowledge that this is solemn on account of its only 100 years, we have not made as much progression as we probably should or could have, the likelihood is that we will and with the amount of female students coming through both undergraduate and postgraduate level, that 28% will definitely increase in no time. The amount of women in the Judiciary will also increase over time and the progression will just keep on going and so should we… so lets celebrate the last 100 years and the progression that we have made and the progression that we are fighting to keep on making – I for one am looking forward to qualifying and seeing what the future holds… well once I forget all the nervous jitters anyway!