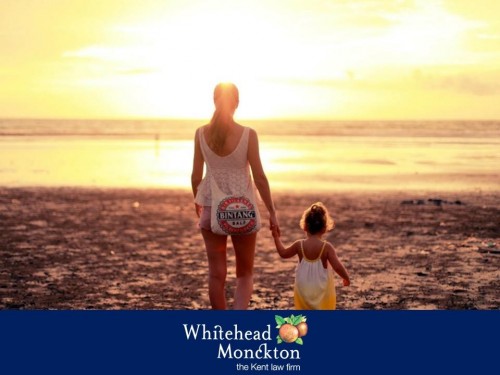 Are we all going on a summer holiday?

Everyone likes a holiday.  A chance to get away from work and the usual routines, a chance to see some new sights, sample some different foods, try some new activities, or just kick back with a book.  A chance to “forget about the bad times” as Madonna sang.

However you like to spend a holiday, it needs planning – accommodation and travel being the main two considerations.  Parents of separated children have an extra consideration to bear in mind; that the proposed holiday might infringe on the time that child usually spends with the other parent.

Most separated parents will have some kind of pattern place for how the children spend their time with each of them.  It may be that the parents are able to plan their holidays so that they are taken within the time the child routinely spends with that parent.  In those circumstances, so long as no foreign travel is involved, the need to involve the other parent is minimal.

If not, and the proposed holiday involves some sort of variation to the usual routine, the parents needs to consult, and early.  Early discussion means that any issues with the proposals can be identified, hopefully resolved (possibly through mediation or collaborative meetings), and still leave time for the necessary bookings to be made.

If the arrangement is a voluntary one, then the parents will need to ensure that they communicate with each other about what they would like to do.  Usually a consensus can be reached, often on the basis of the other parent’s holiday planning being accommodated, or some sort of time in lieu.

It may be that the time the child spends with the parents is regulated by a child arrangements order made by the court.  If so, and one parent wants to go take the child on holiday, that order must be considered carefully.  Some child arrangement orders set out how holidays are to be shared, others do not, and expect parents to be able to agree this.

In the former case, it should be a case of following what the order sets out.

In the latter case, or if there is no order at all, and discussions (which can include mediation and consideration of any alternatives) cannot resolve this, an application back to court may be necessary so that the court can order a variation of an existing order or arrangements to accommodate holidays.

Taking a child abroad does involve an extra consideration.  It is potentially a criminal offence to remove a child from the United Kingdom (England, Wales, Scotland and Northern Ireland) without either :

If a child arrangements order is in force, the person with who it is named the child lives has an exception, and can take the child out of the UK for less than one month without these permissions.

Again, if consent to the foreign trip is not forthcoming, the court can determine the issue, and the proposed holiday plans need to be set out.  If the parent opposed to the holiday has concerns about the child not being returned, those can be addressed by the court.  Again, a court will generally approve sensible foreign holidays plans.

In summary, there is no reason why, with a suitable amount of forethought and planning, children cannot enjoy holiday time away with all members of their family.