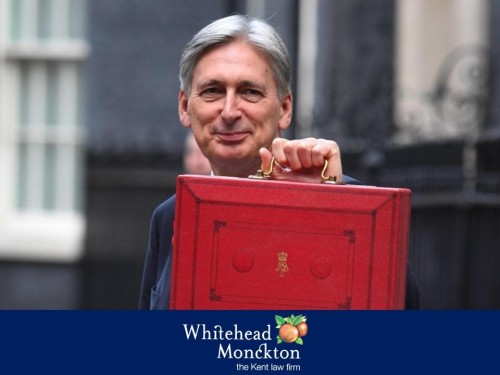 The continuing uncertainty over Brexit saw the Chancellor deliver a Spring Statement that was more holding plan than action plan.

Following just one day after the latest rejection by Parliament of the government’s latest Brexit deal, there were few surprises but many cautions as Philip Hammond highlighted a range of alternative scenarios, depending on what happens with the country’s exit from the EU over coming weeks.

That included a possible reversal to the ‘end of austerity’ he predicted in the Autumn 2018 Budget, with the Chancellor saying that he will launch a full, three-year spending review before the summer recess only if a Brexit deal is agreed.  This may be carrot or stick, depending on your view, as it embodies the offer of more spending on public services, thanks to the expectation of increased business confidence and avoiding the cost of a no-deal outcome, but only if MPs can reach agreement on the EU withdrawal.

The good news is that the Chancellor has more money to play with, as borrowing and debt are lower than expected, giving him scope to offer investment in infrastructure, technology, housing, skills, and clean growth.

However, the growth forecast for 2019 has been reduced to just 1.2%, down from 1.6% predicted last Autumn, with the finger of blame being pointed at the continuing uncertainty over Brexit and the overall slowdown in the global economy.   But longer-term predictions are more positive, with growth in 2021 to 2023 revised upwards to 1.6%.

While those improved borrowing and growth figures are looking good for now, the Office for Budget Responsibility has predicted that UK house prices will be falling by the end of this year, pointing to slowed house price growth and a predicted reduction in turnover in the housing market. This is likely to have a direct impact on stamp duty tax receipts, which have been a valuable source of tax income in recent years.

The Chancellor included a pledge to commit £3bn to build 30,000 new affordable homes alongside a commitment to end fossil-fuel heating in new homes by 2025, with low carbon heating and energy efficiency measures seeing an end to gas boilers.

He also brought forward the introduction of changes to the Apprenticeship levy, which will be introduced from next month now (April 2019).  This will see a reduction in the apprenticeship levy for smaller firms, reducing the contribution from 10% to 5%, and larger firms will be able to invest up to 25% of their levy to support apprentices in their supply chain.

In line with the Chancellor’s shift to there being a single set of tax changes each year - in the Autumn Budget - there were no major tax or spending changes announced in this Spring Statement.  But science and technology businesses will welcome the announcements of £81 million for state-of-the-art laser technology, £45 million for the UK’s genomics industry and £79 million funding for a new supercomputer, five times faster than any existing capabilities.

It’s good to see this sort of investment in technological advancements, intended to boost the economy by keeping the UK at the leading edge, but the Chancellor’s joke about how the new £79m supercomputer may have the processing power to help find a resolution to the Northern Ireland backstop, received less of a welcome, drawing little in the way of laughs.

The Chancellor’s message on the risk to the economy of a messy divorce from the EU, if no deal and no deferment has been agreed by 29th March, was echoed by organisations such as the Chambers of Commerce and the CBI following the delivery of his Spring Statement.

The one certainty in the uncertainty of Brexit is that for all of us, whether consumers or businesses, the move from holding plan to action plan can’t come soon enough.