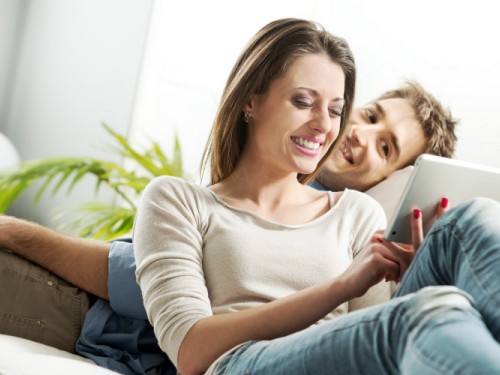 It’s an unfair fact of life, but in the eyes of the law a married couple has far more protection than a cohabiting, unmarried partnership. Even if you’ve spent years jointly contributing to the running of a house, split paying the mortgage between you, have children together, or have been living with each other for decades, the loss of a partner could change everything. If the relationship ends either through separation or bereavement, unmarried cohabiting couples do not have the same or similar rights as married couples. They don’t have the same rights as those living in civil partnerships, either. Both heterosexual and same-sex couples are vulnerable if they don’t have that piece of paper saying that the state recognises their relationship in law.

So how can an unmarried couple protect themselves if they don’t want to get married or are ineligible for a civil partnership? The best way is to draw up a Cohabitant Agreement.

What is a Cohabitant Agreement?

A Cohabitant Agreement is very similar to a Pre-nuptial agreement. It’s a document that clearly lays down exactly who owns what, property rights and arrangements, the care of any children, and how debts are dealt with if one of the couple either passes on or leaves the relationship. It’s usually signed by both partners, and notarised by a solicitor.

This doesn’t, however, make it a legally binding document. Just like Pre-Nups, Cohabitant Agreements are exactly what they say they are – agreements. It lays out the expressed wishes of the couple should the relationship break down or one of the partners dies, but if the next of kin do not agree with the terms of the agreement then it can be challenged in court.

In the majority of cases, and as long as the welfare of any children are not impacted, the courts will recognise a Cohabitant Agreement and are unlikely to interfere, especially if the majority of the document deals with financial or property arrangements. The courts can rule to enforce a Cohabitant Agreement, but the document itself is not technically legally binding.

Surely the fact I’m a common-law wife/husband is enough?

The term ‘common law’ when used about relationships is a bit of a misnomer. It’s certainly a well-known phrase, but it’s not recognised in law, and as far as the courts are concerned there’s no formal or recognised ‘common law’ relationship, even if you’ve been together for years.

What happens if you don’t have an agreement?

If you’re unmarried but in a long-term relationship with someone and don’t have a Cohabitant Agreement, then the death of a partner can be particularly traumatic. Without an agreement there is no provision in law for the remaining partner to inherit any of their deceased partner’s estate. A surviving partner is not exempt from Inheritance Tax, either, something a married or civil partnership couple have.
To be able to receive anything at all from the deceased person’s estate, the surviving partner would have to go to court to prove that they co-owned assets – everything from the car, the house, or even the TV. In short, without some form of legal protection, surviving co-habitant partners could be left with nothing.

What should go into a Cohabitant Agreement?

Just like any formal agreement, you should be as detailed as possible. If you’re not sure then talk to a family law solicitor, who will be able to help you draw up an agreement that could protect you both.

Your agreement should include:

Other clauses can be included as there is no formal template for a Cohabitant Agreement. This is why it’s important to get good legal advice before drawing up any agreement that could be challenged in a court of law.

Please call us to discuss your circumstances and how we can help you. Our family team are highly experienced and can offer expert advice on all areas relating to cohabitation.