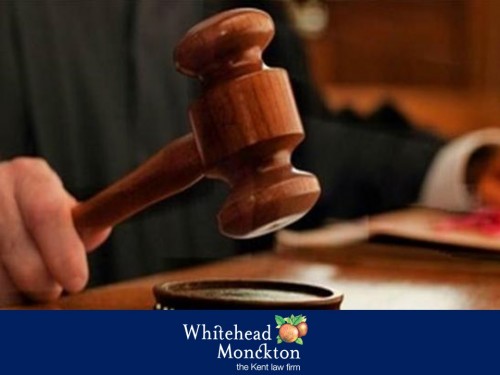 Where an agreement is entered into on the basis of a personal friendship and involves more mutual trust than that which is found in an ordinary commercial relationship, a contractual duty of good faith may be owed by each party to the other.

The case of Sheikh Tahnoon v Ioannis Kent concerned an oral agreement between Sheikh Tahnoon and Mr Kent, whereby they entered into a joint venture and became equal shareholders in Mr Kent’s luxury Greek hotel business, which later expanded to include an online travel business.  Sheikh Tahnoon provided significant amounts of money to the business, and finally paid a further €6.5m in return for an increased shareholding of 70% in the joint venture.

The business was then restructured and the parties entered into an agreement for the demerger of the business and for Mr Kent to repay Sheikh Tahnoon.  The agreement included certain undertakings and indemnities given by Mr Kent, and a promissory note by which Mr Kent agreed to pay Sheikh Tahnoon a sum of €5.4m in annual instalments.

Sheikh Tahnoon subsequently brought a claim against Mr Kent for the value of the promissory note and further sums under the agreement which remained unpaid.  Mr Kent claimed, in his defence, that his consent to the agreement and the promissory note was obtained by unfair means including threats of physical violence, and that Sheikh Tahnoon owed him fiduciary duties and/or a contractual duty of good faith.

The parties’ claims were considered by the Commercial Court.  On the question of fiduciary duty, it was found that Sheikh Tahnoon did not undertake to act for or on behalf of Mr Kent in any way and therefore there was no fiduciary duty owed by Sheikh Tahnoon to Mr Kent.  In considering the duty of good faith, the court looked at a number of cases evidencing the growing recognition of the existence of an implied duty of good faith in relational contracts.  Relational contracts are those in which the parties agree to collaborate with each other, without necessarily detailing their collaboration in written form.  They involve an element of trust and confidence whereby each party trusts that the other party will act with integrity and in the spirit of cooperation.  In circumstances where there is a relational contract, the court will expect parties to act honestly and with integrity.  The contract will be said to contain an implied duty of good faith.  Where a party engages in conduct that “would be regarded as commercially unacceptable by reasonable and honest people” it would be in breach of this implied duty of good faith.

In practical terms, however, the scope of the implied duty of good faith is not easy to spell out.  The court could not provide an exhaustive description of what the duty will entail in each case.

In the present case, the court found that the parties’ relationship was one in which they naturally and legitimately expected higher levels of cooperation and candour than ordinary commercial parties dealing with each other at arm’s length.  Their business was formed on the basis of a personal friendship and involved more mutual trust than was ordinary in commercial relationships.  The court judged that Sheikh Tahnoon had breached an implied contractual duty of good faith which he owed to Mr Kent as his co-venturer.

This case serves as a reminder that where parties enter into a commercial business venture that is a relational contract, they will be expected to act honestly, with integrity and in the sprit of cooperation.  And as there is no definitive judicial guidance on this, they will need to be aware that there is no certainty as to what the scope of their duty of good faith might be.