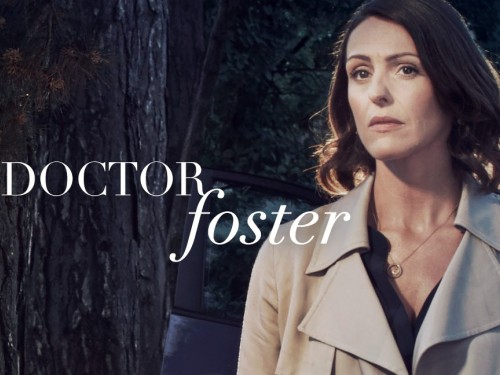 So, do you want the bad news first? The plot of Dr Foster has demonstrated how intelligent people can become so consumed with anger against their partner or spouse on separation that they use their children as part of their private war. This is a very real prospect amongst the thousands of divorces happening in the UK every year, let alone the unmeasured separations between cohabiting couples.

In the finale, Tom, the 15 year old son of Dr Foster and her ex-husband Simon is the unwilling participant in the breakdown of his parents’ marriage and it is heart-wrenching to see his young mind trying to process the position into which he has been put. As the novelist Jojo Moyes tweeted after the finale: I want to stage an intervention and haul this child out of my television set’.

Family lawyers are constantly surprised (and it is hard to surprise a family lawyer) at how sophisticated professionals, who have all the knowledge about good parenting at their disposal, can try to co-opt their children to undermine their former partner whilst remaining convinced that they are acting for the best. They seem blind to the damage and confusion this causes to the developing mind of their offspring.

It is impossible to know truly what emotional places each parent visits when separating and divorcing with children and it seems that blame is everywhere  - and it shouldn’t be as almost all parents are trying to make the best of a bad situation with no roadmap. What every parent already knows is that even in a functioning relationship, in the eyes of their children, they will be to blame for everything anyway, but this doesn’t touch the lasting consequences of leaving your parenting responsibilities behind and engaging in trench warfare – with your children as the foot soldiers.

There is also evidence that it is a fallacy children are more robust and capable of adjusting to an acrimonious separation when they are older teenagers – and it is notable that many unhappy relationships muddle along until their children are adults on the understanding that this is less traumatic. Psychotherapists report that the sense of betrayal is acute at any age – all of the emotional stability associated with their family falls if it is not managed sensitively.

What about the good news then? The first step is for both parents to recognise the road they could go down at an early stage before it happens. Good solicitors can help their clients do this both in signposting them to professional resources who can help but also by maintaining civility and encourage direct communication in their work. In essence, the parents are allowing their rage to blind them to their more important parental responsibilities, but it takes two to stop the march into battle and this is where cooperative professional help can reap rewards. Choose your solicitor carefully and they will encourage therapeutic support and face-to-face meeting if this is at all possible.

The irony is that mediators often spend time in mediations talking about the children of a relationship because, even if the parents don’t see it immediately, their need to co-parent and support their children is often the only thing still unifying them. With the right support, parents can establish a joint commitment to support each other in front of their children, particularly when the other parent isn’t there and keep communication open and respectful.