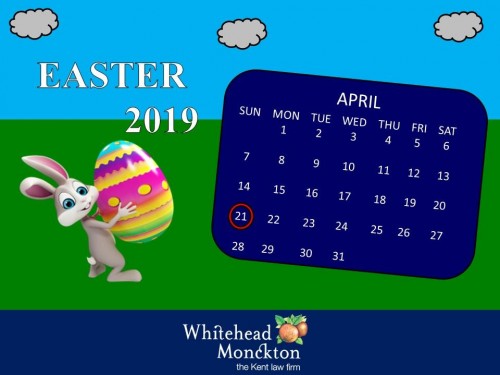 It is often questioned why Easter is not on a fixed day and varies from year to year. The Christian festival is always the first Sunday after the first full moon after the spring equinox, this year being 21 April. Given that our calendar is not synchronised with astronomical and lunar cycles, it means that Easter can fall anywhere between 22 March and 25 April.

However, did you know that provision was made for the date of Easter to be fixed by an Act of Parliament some 91 years ago? The Easter Act 1928 fixes Easter day as the first Sunday after the second Saturday in April and applies to the whole of the United Kingdom. But whilst the legislation received Royal Assent in February 1928, the main provision of the Act has never come into effect.

This is because the Easter Act 1928 contains a commencement clause. Such a clause outlines the circumstances in which an Act, or part of an Act, will come into effect.

The commencement clause in the Easter Act 1928 reads as follows:

“This Act shall commence and come into operation on such date as may be fixed by Order of His Majesty in Council, provided that, before any such Order in Council is made, a draft thereof shall be laid before both Houses of Parliament, and the Order shall not be made unless both Houses by resolution approve the draft either without modification or with modifications to which both Houses agree, but upon such approval being given the order may be made in the form in which it has been so approved: Provided further that, before making such draft order, “regard shall be had to any opinion officially expressed by any Church or other Christian body.” (s.2(1)

In particular, it is the final part of this clause which has stopped the Easter Act 1928 from coming into force. Despite the clause being specifically drafted in such a way as to ensure that the government is not legally required to accept the views of the Church, successive governments have taken the view that there should be consensus amongst the various denominations of the Christian faith as to when Easter should fall. As such agreement is still to be forthcoming, Easter looks set to continue to be a ‘moveable feast’ for the foreseeable future.