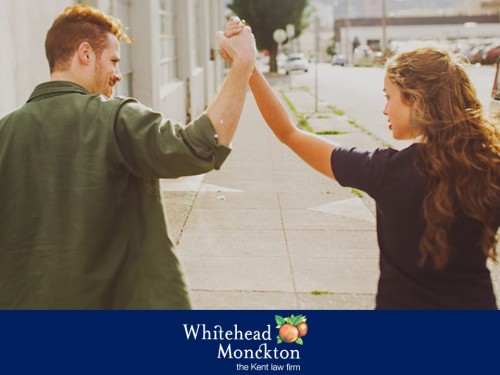 How do couples commit in the 21st Century?

It is heartening to read from Theresa May at the Conservative Party conference that heterosexual couples are to be given the option to enter into a civil partnership imminently. Until now, the choice of marriage, cohabitation or civil partnership has only been open to homosexual couples. For reasons of discrimination and equality this needs to change.

It is a small part of a societal shift in western economies to view a union between two adults in much more flexible ways and with a degree of maturity which is to be welcomed. Evidence suggests that divorce rates are decreasing because couples feel under less moral pressure to formalise their relationship. Rather they want to demonstrate commitment and share the responsibilities of life more equally. We are also making these decisions later in life with a little life-experience under our belts. Conversations are taking place between couples about what feels comfortable, in a legal sense as well as for the health of their relationship, much more than previous generations.

Anecdotal evidence leads commentators to predict that it is unlikely there will be an enormous rush of heterosexual couples aching to explore whether entering into civil partnership would suit them better because the reasons for not marrying can be quite narrow: in the Supreme Court decision in favour of Rebecca Steinfield and Charles Keidan, they argued that marriage itself was a patriarchal institution and didn’t reflect a relationship of equals. Not so long ago, brides were simply encouraged to consider whether they would vow ‘to obey’ her husband during the ceremony, so times have changed indeed.

The reason for optimism stems from the perception that couples are choosing their association according to the values that they collectively hold dear and this evolution is resulting in more stable relationships. There is evidence to suggest that people want to formalise their relationships because this is the way ‘best friends’ spend their lives together – and that expressing equality is very important in the modern world, whatever your sexual orientation.

For family lawyers, there are also further potential benefits – more people are talking about taking advice to make sure they are financially secure within a formal structure should their union not make it through difficult times. Family lawyers have spent years attempting to bust the pervasive myth of the ‘common law marriage’ (the illusion that couples gain financial claims if they break up simply by being together for a number of years). By choosing civil partnership or marriage, couples are ensuring that neither of them are potentially left in the lurch practically and financially after years of investing in making their relationship work. There will need to be a proper conversation in those circumstances before both go separate ways. Equally, couples are more willing to explore the benefits of cohabitation agreements and pre nuptial agreements.

Added to this is the feeling that if people are recognising their equality and shared responsibility by getting hitched, perhaps there is a wider societal shift? Will there be a movement towards reducing the injustice stemming from what is expected of us in the workplace? For couples to share their roles in marriage and civil partnership, they must have greater freedoms in their jobs to do so. The knock on effect is to create a more fluid concept of who stays at home to look after children and a fairer system for how time is spent with them when family structures are forced or drift apart.