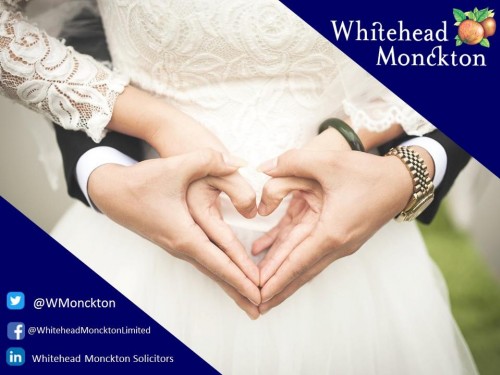 For the love of money

It’s an awkward conversation to have with couples: they are deeply in love, and you have to consider what might happen if it all goes wrong!

Few people think about protecting themselves financially when they fall in love – it seems very unromantic to some and considered mainly by those divorce previously or about to receive substantial financial gifts from third parties. What also remains often unconsidered by couples when they get together is the effect of any financial association they have with each other and how that links them in the future.

Sometimes, this is a conversation about sharing money within the relationship – which can be problematic, but somewhat more positive perhaps than dealing with serious levels of debt.

If two people open a joint bank account or apply for credit together, they become jointly associated for credit by the credit reference agencies – meaning that any default by one person on any credit cards, loans or mortgages impacts upon the other. The agencies won’t remove that association unless they have proof that the connection has ended. Ironically, being married in of itself doesn’t establish that link, only entering into some kind of joint credit agreement.

This issue goes much deeper – particularly for couples who aren’t married. Joint debt usually means that both people have the responsibility to repay the whole debt  - be it credit cards, mortgages or loans. If the relationship then fails, that debt can create an immense amount of heartache if one person decides not to honour their financial responsibilities – or to use it as a way of manipulating the other. Homes can be repossessed if the debts are unsupportable by one person, and people can slide into bankruptcy. When there are children of these families, they will suffer from the uncertainty.

When the couple are married, the Family Court have ways of looking at the position fairly: they can look at whether the debt has been used on household bills or not, or on expenses which both have benefitted from, before deciding how to allocate those liabilities. If it is a property in negative equity, the Court can assess whether one person can take over the mortgage – with the other repaying their share of the debt themselves to be released from the burden, or the property can be sold and the remaining debt divided between them.

Whether someone is married or not, it is important to keep in touch with any mortgage provider as they can sometimes adopt an agreement arrived at between two separating couples to manage any debt, so that credit scores can recover and repossession proceedings aren’t pursued further. Mortgage and loan companies can negotiate payment holidays or smaller repayments, and can agree to chase the person not contributing if they have to.

Although it is only human to be blinded by love at the start of a relationship, becoming financially linked with someone through debt can change lives if the relationship founders – particularly of children. A good solicitor will always advise that new relationships and break ups should always cause people to stop and think hard about the impact that any new financial plans might have on them. Do they know and trust the other person sufficiently to take any risks with any assets they have worked so hard for?