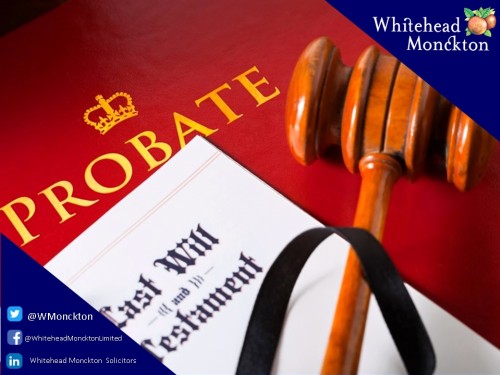 High Court rules that spouse, who was convicted of manslaughter for killing her abusive husband, can inherit his estate.

The High Court has recently handed down its judgment in the case of Challen v Challen [2020] EWHC 1330 (Ch) after conducting the hearing by video conference call during the Covid-19 pandemic.

In this case the claimant and the deceased had a personal relationship lasting some 40 years or more starting from when the claimant was a schoolgirl. The deceased was then 22, charismatic and something of a charmer. The deceased and the Claimant later married, and had two children together. The marriage was abusive and the claimant had few friends to turn to for assistance.

Over the long term, the deceased’s infidelity, use of prostitutes, violence towards the claimant, humiliating conduct, and isolation of the claimant, as well as what can only be described as “gaslighting” her, by making her think that she was imagining his behaviour, led to what was subsequently described as the deceased’s ‘coercive control’ of her. This eventually led to the claimant beating the deceased to death with a hammer in August 2010 whilst she ate a meal she had prepared for him.

On 23 June 2011, having pleaded not guilty to an indictment of murder, she was convicted by the jury of that offence at the Crown Court at Guildford. She was sentenced to life imprisonment with a recommendation that she serve a minimum term of 22 years (later reduced to 18 years on appeal). On 28 February 2019, the Criminal Division of the Court of Appeal quashed her conviction for murder, allowed in part due to an application to adduce fresh evidence, and remitted the matter for retrial on the indictment for murder.

On 5 April 2019, the matter came before Edis J on a directions hearing. On that occasion the claimant pleaded not guilty to murder but tendered a plea of guilty to manslaughter by reason of diminished responsibility. That alternative plea was not accepted then and there.

On 29 May 2019 (after having obtained expert medical evidence) the Crown indicated that it was willing to accept both a guilty plea to manslaughter and the not guilty plea to murder. On 7 June 2019 there was a further hearing before Edis J, at which the guilty plea to manslaughter was formally accepted, and she was sentenced to imprisonment for a term of nine years and four months (which by reason of credit given for imprisonment already served, was treated as fully served, and she was immediately released from custody).

The Claimant subsequently made an application to the Court for relief from the so-called 'forfeiture rule' which prevents a person who is convicted of killing a person from inheriting any of the deceased's estate. The principle is not confined to murder and does apply to manslaughter convictions. This essentially prevented that the Claimant from inheriting from her late husband’s estate, who she had killed.

The defendants in the case were the Claimant and deceased’s sons, who were set to inherit the estate but neither appeared, nor were represented on the day of the Trial. They had previously acknowledged service, and subsequently confirmed that they had no wish to take any active part in the hearing and would not be attending and appeared to support their mother's claim.

The Court granted the relief to the forfeiture rule which has allowed the claimant to inherit the deceased’s estate. A significant consequence of granting the relief sought in this claim was the a reduction in inheritance tax paid by the estate of the deceased. The judge commented that “Of course, this does not mean that any person suffering from the effects of coercive control should expect...to have the forfeiture rule disapplied in case she or he should kill the person exercising such control... I emphasise that the facts of this terrible case are so extraordinary ... that I would not expect them easily to be replicated in any other”.