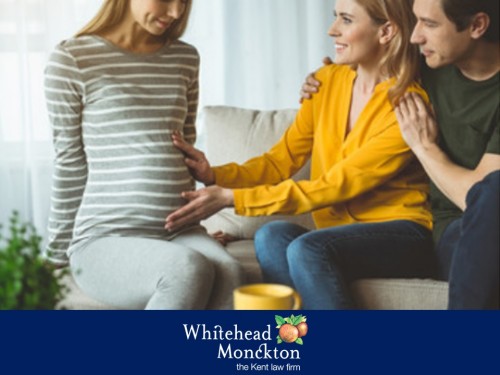 Surrogacy – what’s the legal standpoint in the UK?

The news that you’re unable to have children of your own can be devastating for parents, especially if it’s all you can think about. Same-sex couples may also face challenges when it comes to starting a family. Other than adoption, one of the most logical answers is surrogacy. But what is the legal position on surrogacy in the UK, and does existing law protect all parties involved, including the surrogates?

Recently, one of the country’s most senior family law judges, James Munby, called for the question of payment to surrogate mothers to be addressed. Currently, the UK allows payments of between £12,000 and £20,000. Contrary to popular belief, only a very small number of cases are done ‘for the love’, and the family court now authorises payments to surrogates as a matter of course. To date, any issues concerning the transfer of parenthood once the child has been born have been relatively problem-free too, and the surrogacy system as it stands works, after a fashion.

However, as flexible as this system may appear, there are problems, primarily because of a lack of clarity in the law. This causes considerable distress and anxiety at what should be a happy time, with some parents worried that the child will be taken away from them if they cannot justify agreed payments vs expenses when the court application for parenthood is made after the birth.

Nobody is claiming that paying surrogates is unacceptable, and the sacrifice of carrying a child to term on behalf of another couple should be adequately financially acknowledged. Clearly, a surrogate mother doesn’t want to be seen to be purely money motivated, especially considering the risks involved in any pregnancy. But being pregnant does have a considerable impact on a woman’s ability to earn a living, especially in the later stages. If she has taken on the role of surrogate then it is both morally right and practically desirable that she should receive a certain amount of financial payment to cover her expenses. This is not, however, ‘payment for the baby’ but payment for the woman’s time and expenses in exactly the same way as you would pay anyone else who does a service for you.

What is not wanted, though, is to turn the process into a purely financial transaction. By the same token it’s important not to make surrogacy an ‘easy’ way to make money that could mean vulnerable women are either forced or incentivised into becoming surrogates based solely on the thought of financial gain.

Who is the legal mother of a surrogate baby?

According to UK law, the woman who gives birth to the child is regarded as the mother and technically has the right to keep the child, regardless of any agreements drawn up between her and another couple. Parenthood is usually transferred from the surrogate mother by a parental order or the standard adoption procedure. Bear in mind that surrogacy contracts are not enforceable in UK law, even if you have signed a deal and have paid for her expenses.

What about the father’s rights?

Fatherhood is granted to the surrogate’s husband or partner, unless permission wasn’t given by the surrogate’s partner, or the legal rights are transferred, again, usually through the standard adoption procedure.

Can single mothers use a surrogate?

There is one big stumbling block when it comes to surrogacy – it’s difficult for single women or men to have a child through a surrogate, mainly because you cannot apply for a parental order if you are single. The only way you can take on the role of parent is by applying for adoption.

To apply for a parental order, you must be genetically related to the child (so you have to be either the sperm or egg donor), and you must be in a relationship where you are either married, in a civil partnership, or living with a partner. You will also need to be a permanent resident of the UK, and have the child living with you.

You’ll need to complete a C51 application form for a parental order, which will need to go through a family proceedings court within six months of the birth of the child. All this will cost you £200, and you’ll also need to produce the child’s birth certificate.

If neither of the prospective parents are related to the child, or you’re single, you can apply for adoption, but be prepared for it to take much longer than a parental order.

If you’re contemplating either using a surrogate mother or becoming a surrogate yourself then it’s wise to talk to an expert in family law before you start proceedings. They’ll be able to lay out the law as it currently applies in the UK, and your best course of action that’s in the interests of everyone involved.