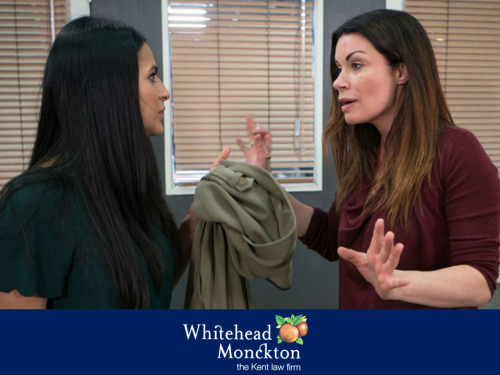 Testamentary Capacity on the Cobbles

Soaps often provide us with amusement, but some viewers may not be aware of the factual elements surrounding their storylines. Coronation Street has recently aired scenes where Aidan Connor tragically committed suicide after battling depression for some time. Some six months before his death, he made a Will whereby he gave his share in the family business to his friend, Alya. Aidan had previously owned the business with his half-sister Carla; however, Carla had transferred her share in the business to Aidan a few months prior to his death. She had assumed that this share would be transferred back to her upon Aidan’s death, though this was not the case, as all of Aidan’s assets would pass under his Will. Solicitors therefore advised Carla that the family could seek to challenge the Will on the basis that he did not have the capacity to execute a Will, as a result of his depression.

In order for a Will to be valid, the testator (person creating the Will) must have sufficient capacity. The test for this is set out in the case of Banks v Goodfellow (1870) and provides that the testator must:

·    Understand the nature of making a Will and its effect;
·    Understand the extent of the property they are disposing of;
·    Comprehend and appreciate the claims which may arise; and
·    Have no disorder of the mind that perverts their sense of right or prevents the exercise of their natural faculties in disposing of their property by way of the Will.

In the case of Key v Key (2010), the testator gave instructions to prepare a Will a week after his wife’s passing, whom he had been with for 65 years. The Court found that affective disorders such as depression (including depression as a result of bereavement) are likely to affect powers of decision making. The Court found that whilst a person suffering from depression may be able to understand the nature of making a Will and the extent of the property he is disposing of, they may lack the ability to understand and appreciate who ought to benefit under the terms of the Will. Mental illness would not automatically invalidate the Will, as capacity can fluctuate on a day to day basis. Applying the statute to Carla’s situation, it would be for her to prove that Aidan lacked capacity on one or all parts of the Banks v Goodfellow test.

A further person who could claim under Aidan’s estate would be his daughter, Susie, whom he was unaware of when he made the Will. Susie is entitled to bring a claim against his estate under s1(1)(c) Inheritance (Provision for Family and Dependents) Act 1975 as “reasonable financial provision” was not made for her. There is a common expectation that a parent will financially support their child until they are an adult, and it is likely that Susie would have a strong claim in this respect.

Will disputes are ever increasing in number, and it is important that those who feel they have a claim seek expert legal advice. If you would like to seek advice regarding a will dispute please contact a member of our team here.