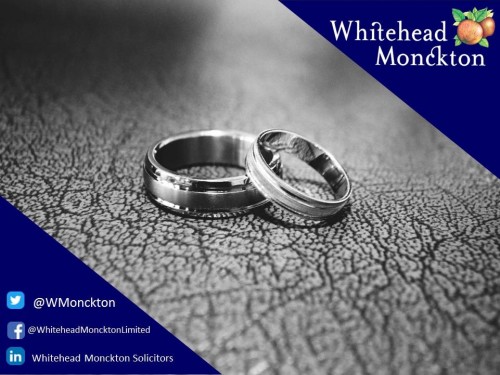 The effect of a ‘Predatory’ Marriage on death

The joint consent of a couple wishing to marry is usually unquestionable. They thereafter live out their days together and their estate passes on death in accordance with their wishes.

Unfortunately cases can arise where the consent to marry cannot be provided, as a result of a person lacking the mental capacity to do so. However such a person can still unknowingly enter into a marriage to somebody looking to prey on their vulnerability and whom, in turn, will potentially inherit the entirety of the vulnerable person’s estate on their death.

The consequences of marriage on death

The consequences of a marriage on how a person’s estate is distributed on their death are significant and in this context catastrophic. Unless a party to a marriage makes a Will in anticipation of marriage to that particular person, then any existing Will they have will be revoked upon a marriage. The intestacy rules (predetermined rules by law as to how a person’s estate is distributed when they die without a Will) will then apply to their estate.

The intestacy rules provide that a surviving spouse would inherit everything from the deceased if they have left no children. If there are children, then the spouse will still inherit gratuitously and receive up to £270,000 of the estate and all personal possessions. If any excess remains, then this will be split as to 50% for the surviving spouse and 50% equally between any children of the deceased.

Under current law, if Mrs A marries Mr A but lacks the mental capacity to do so or was unduly influenced into it, then the marriage will be deemed voidable. This means that the marriage is valid until an application is made to the Court to have it annulled. Such application must be done during the life of Mrs A as the marriage cannot be annulled after her death. Ultimately a clock starts ticking for the family of Mrs A to make an application to the Court. This is of course subject to them even being aware that it has taken place.

Lets say Mrs A had a Will in place leaving her estate to her children, prior to the marriage to Mr A. The worrying effect of the marriage to Mr A is that it would have revoked Mrs A’s Will. Therefore Mr A will receive the majority, if not all, of the estate under the intestacy rules (depending on its value) if Mrs A’s children cannot apply to the Court in time to annul the marriage before her death.

It follows that there is clear motive for someone to enter into marriage with a vulnerable person if they are aware of the benefit they would receive under their estate. Mr A could range from being a short term partner of Mrs A or someone who has only met her on a couple of occasions seeking to prey on her vulnerability.

Even if the marriage is revoked, a significant issue may still lie within for cases other than Mrs A’s. Any declaration from the Courts to annul the marriage is prospective and not retrospective. Therefore, the revocation of any Will upon the marriage is not reversed upon the annulment. If the vulnerable person lacks capacity to make a new Will then the rules of intestacy would still determine how their estate is distributed and could potentially disinherit some beneficiaries who do not benefit under the intestacy rules i.e. stepchildren.

Action that can be taken

Action can be taken during Mrs A’s lifetime by her children, but time really is of the essence. The options of Mrs A’s children after her death are extremely limited and ultimately their only option would lie in a claim under the Inheritance Provision for Family and Dependents Act 1975 (“the 1975 Act”).

Action to consider during the lifetime of Mrs A:

After the Death of Mrs A

Mrs A’s children are unable to revoke the marriage. Therefore their only option would be a costly and uphill battle against a spouse in a claim under the 1975 Act. Unfortunately, under current law, the children are left with little alternative option.