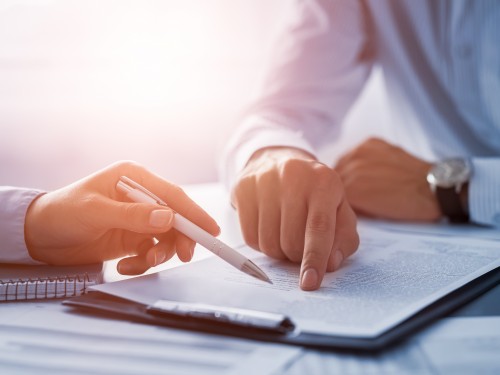 The High Court recently handed down it’s judgment in the case of Thompson v Raggett.

The High Court recently handed down it’s judgment in the case of Thompson v Raggett. The ruling held that a cohabitant and partner of the deceased was entitled to a approximately £413,000 from his £1.5m estate, despite his last Will making no provision for her.

The deceased, Mr Hodge and his partner, Ms Thompson (the Claimant) had lived together as man and wife for approximately 42 years prior to his death. The deceased made a Will specifically not including his partner, and alongside the Will he wrote a letter of wishes stating as follows:

"In my Will I have specifically made no provision for my partner, Joan Thompson and her children, Gary, Lee, Dean and Sharon. I currently have no contact with Joan's children. I have no issue with Gary, but I have concerns regarding Lee, Dean and Sharon and do not trust them. I feel that they have previously taken advantage of me and have already received/taken monies from me during my lifetime. I do not want Joan or her children to inherit from my estate."

He then gave further justification as to why he did not wish for her to inherit under his Will as follows:

"I no longer want to leave my residuary estate on trust to pay the income to Joan for her life as this would be a substantial sum and I do not believe she will need it. Also due to Joan's health I believe she would not be able to live in my property independently. I am Joan's main carer and envisage she may have to go in to a home following my death. I confirm Joan has her own finances and is financially comfortable. Joan has her own money and her own savings."

Ms Thompson was entitled to bring a claim under the Inheritance (Provision for Family and Dependants) Act 1975 as throughout their relationship, and at the time of his death, she was financially dependent on him. She was entitled as a cohabitee and/or as a dependent to claim that his Will failed to make reasonable financial provision for her. The Courts’ powers in this respect are very wide providing that the reasonable financial provision is that what would be deemed to be reasonable in all the circumstances of the case for her maintenance and in particular will have regard to the following:

The following extra criteria was also considered in this case as Ms Thompson was a cohabitee:

The Court also considered previous case law on the topic of whether she ought to receive property from the estate outright or on the basis of a life interest trust, so that on her death it then went to the original beneficiaries he had intended it to go to. The case of Negus v Bahouse 2007 was applied in which it was justified that there be an outright transfer of property, rather than a life interest trust, to engage a clean break from an antagonistic situation with the deceased’s family. The Court therefore decided that there would be an outright transfer of property in the estate to Ms Thompson.

The Court provided that their main residence, which was owned by the deceased, was to be conveyed to Ms Thompson on the basis that it was bought for her to live in. There were further costs required in order to make the residence suitable for Ms Thompson, along with costs of maintenance of the property and general outgoings that were taken into account; overall this amounted to approximately £413,000 to Ms Thompson out of his estate.

This judgment is paving the way for cohabitees, who currently have far less statutory rights than spouses, to be able to secure financial provision in respect of their contribution to the relationship, even if specifically excluded from the Will.

We have specialist contentious probate lawyers at Whitehead Monckton that could assist you if you are entitled to bring a claim and you have not received reasonable financial provision from the estate of a loved one.