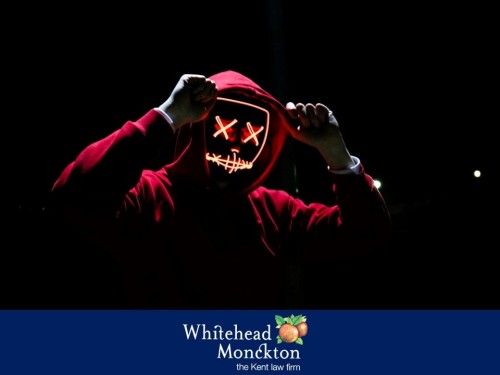 The legal lowdown on our most horrible holiday

Whether you regard it as an unwelcome American import, or the chance to be downright naughty for an evening and dress up as a little devil, Trick or Treat is part of the UK’s culture. Every October 31st you’ll see hordes of ghoulies and ghosties and long-legged beasties (and at least one Captain Jack Sparrow, for some reason) of various ages, wandering the neighbourhood and demanding munchies with menaces. It’s adorable to open your door to a ghost, two fairies, and a skeleton all carrying pumpkins, but could offering these little terrors some sweets get you into trouble?

Firstly, you need to get into the spirit of things to a certain extent, because Trick or Treating is not illegal in the UK. There’s no minimum age for children to be out demanding sweeties from strangers (despite the fact that they’re told never to do it during the rest of the year), but to ensure everyone stays safe, and nobody gets too out of hand it’s always advisable to have at least one reasonably responsible adult in charge of each group.

If you don’t want to annoy your Trick or Treat victims, then make sure you get the whole event over and done with by early evening. A knock on the door at 11pm could make more vulnerable householders feel very frightened. In that instance, they have every right to contact the police if they feel uneasy or that the ‘trick’ could be more sinister.

Trick or Treating is usually fairly benign, but if a householder feels intimidated by the behaviour of older Halloween pranksters, or if that spooky party next door is going on into the small hours, then the police do have the authority to deal with it as they would with any other kind of anti-social behaviour. Remember that not everyone gets into the spirit of Halloween, and if a householder refuses to open the door or asks Trick or Treaters to leave their property, they have that right.

If your property is damaged as a result of a ‘trick’ then you may be able to make a claim for damages against the individual or, if they’re a minor, their parents. If the damage is considerable, or you fear that things are getting out of hand then our advice is always to call the Police and let them handle it. Criminal damage is a criminal, not a civil matter, so it should be left to the authorities to handle. If you have security cameras then any footage you capture may be used as evidence further down the line.

If you’re holding a Halloween party, then it’s a great idea to show a few scary films to really get everyone in the right mood. However, if you’re hosting a party for young Halloweeners, then you may need to dial the frights back a touch, unless you want to deal with traumatised kids and their (understandably) irate parents. It isn’t illegal for under-18s to watch 18 category films in the privacy of your own home, however inadvisable it may be, and you need to bear in mind that these days, if a child is traumatised by something they’ve seen or witnessed, then the parents potentially have the right to bring a compensation claim for mental trauma against you. It’s worth keeping things like film showings and spooky party games light-hearted to avoid any potential legal fallout later on.

Let’s be honest – most of the Halloween merchandising on sale (usually from August onwards) is pretty poor quality. It’s cheap, it’s cheerful, and it’s meant to be used once and then either stuffed in a box or thrown away. However, if you buy any Halloween merchandise from any shop or online, you are still covered by the Consumers Rights Act. Whether it’s a pair of fangs for your budding vampire, or a witch on a broomstick complete with cackle, it has to work properly. Whatever you buy must be as described, and fit for purpose. If it isn’t then you’re fully entitled to a refund, so keep the receipt just in case.

If someone is injured as a direct result of, for example, a flammable costume or has a reaction to some face paints, then you’ll need the evidence to prove where you bought the goods in the first place if you want to pursue a compensation claim. A word of warning – much of the cheap Halloween products come from overseas where restrictions and safety controls may not be as rigorous. So if you’re planning a spot of face painting treat the paints as you would a hair dye and do a skin patch test first (48 hours before you want to use them) to check there’s no adverse reactions.