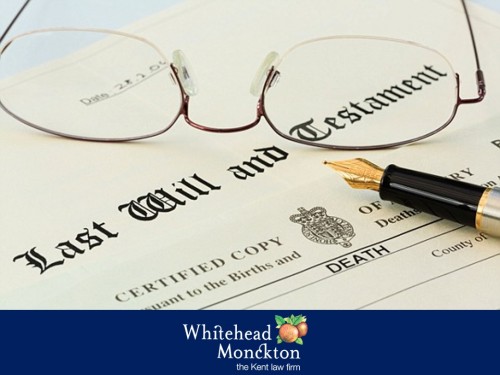 Mr Smith was married with an adult daughter, and although he had separated from his wife a number of years ago, they never legally divorced. Mr Smith died unexpectedly in his early 50s without leaving a Will.

Without a Will, Mr Smith’s estate was subject to the intestacy rules which state that the first £250,000 and any personal items are left to the spouse. The value of the estate remaining estate after £250,000 is split 50% to any children of the deceased and 50% to the spouse.

Mr Smith’s estate, worth less than £250,000 therefore passes to his estranged wife in it’s entirety. Mrs Smith was also the appointed administrator of the estate.

Furthermore, Mr Smith didn’t update his Death in Service and Pension nomination forms, so at the time of his death his nominated sole beneficiary was his wife. This meant that as well as his residuary estate passing to Mrs Smith via the intestacy rules, she also received all benefits due under his private pensions, life policies, and Death in Service.

Mr Smith’s daughter received nothing. As the child is not a minor nor was she financially dependant on her father, any claim under the Inheritance (Provision for Family and Dependants) Act 1975 is unlikely to succeed.

Lesson to be learned

If Mr Smith had made a Will he could have chosen who to appoint as his executor(s) to administer his estate, and how his estate should be distributed, which on the facts would likely have included his daughter.

Mr Smith should also have reviewed his life policy, death in service and pension nominations following his separation to ensure his up to date wishes were documented. Again, he likely would have nominated these to his daughter.

This situation highlights the importance of making a Will and keeping it up-to-date when your circumstances change, and it also stresses the significance of ensuring your life policy, death in service and pension nominations are reviewed regularly, or at the very least when circumstances change.