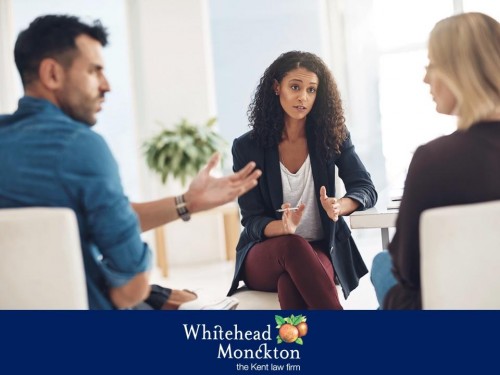 What you need to know about Family Mediation

Family breakups are, without doubt, one of the most stressful and upsetting processes anyone can go through. This is particularly true if there are children involved, and/or the separation is not amicable. Divorce can be a long, drawn-out process that can also hit your finances hard, especially if every communication is done through a solicitor.

‘Quickie’ divorces are not as easy to arrange as you may think and if you’re heading for the family law courts, you have to go through a period of mediation beforehand. MIAM was introduced in April 2014, and now most couples looking to separate need to go through the process before applying for a court order. You’ll need to familiarise yourself with the MIAM acronym, which is explained below.

MIAM stands for Mediation Information and Assessment Meetings. This process was brought in by the Ministry of Justice to try and persuade more couples to go down the mediation route, rather than skipping it completely and heading straight to court. It’s designed to get parties talking to each other around a table, with legal representation and an experienced mediator to help them sort out their differences.

Mediation is a far more preferable and positive way to resolve a situation, and can reduce the amount of antagonism and vitriol that acrimonious divorces often generate. It’s particularly important to keep proceedings calm if there are children involved, and mediation is a far less intimidating and worrying situation for younger family members to cope with than the impersonal and often frightening court system.

Why should I go to mediation?

Firstly, it’s now a matter of course and the courts will point divorcing couples in the direction of mediation before they escalate matters to the family court. Secondly, it’s a cheaper process, and in general costs half of court costs, which in itself is enough of a reason for most people to choose mediation over court proceedings. Going through family mediation means that you can reduce your legal costs and come to an agreement without all the pressure and worry of going to court.

Mediation won’t work for everyone, and there may also be other situations where mediation is not an option, such as when there’s been violence within a relationship (both physical and mental), or coercion. In those cases an exemption from the requirements of a MIAM can be claimed.

Why has the system changed?

The principle of mediation is a good one, and the courts have recognised that in such a difficult and emotional period, the best thing for everyone involved is to keep proceedings as stress-free as possible. This is why the MIAM system has been introduced, and, in the vast majority of cases, it is helping to smooth the process. There are exceptions and these are covered by the exemption rules, but generally speaking, mediation is a sensible option.

Court proceedings can put excessive pressure on couples and especially children. Through the process of mediation, everyone’s voice can be heard, including the children if the parents agree.

If you need to know more about MIAM, talk to Dawn Harrison or Graham Jones.