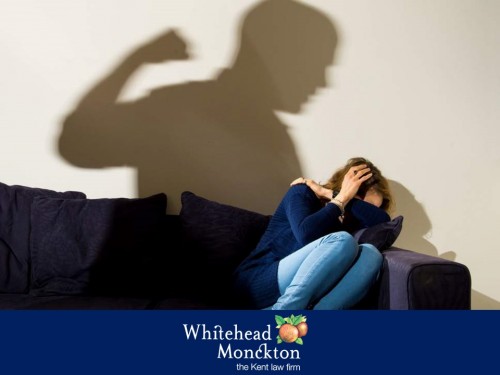 Whitehead Monckton is welcoming a new draft bill from the government to tackle domestic abuse by giving more support to victims and their families but questions if it goes far enough.

The government's proposed new legislation will include a definition of domestic abuse to specifically include economic abuse and controlling and manipulative non-physical abuse.

The bill also aims to transform the response in the justice system, crucially banning the distressing practice of domestic abuse victims being cross-examined by perpetrators in the family courts.

It's estimated two million adults experience domestic abuse each year. That's almost 6% of all adults. Women are twice as likely to be victims than men.

Jonathan Miller is a family lawyer at the Kent-based law firm Whitehead Monckton. He said: “Certainly, the inclusion of economic abuse and control within a definition of abuse is to be welcomed, although definitions of domestic abuse have included patterns of coercive or controlling behaviour for some time.

“The law can only ever react to domestic abuse; it alone cannot prevent it.

“These measures (if passed) may mean seeking relief for some victims is less traumatic, and hopefully not (as it is in some cases) a continuation of the abuse.”

“Any moves to consolidate and develop domestic abuse policy has to be applauded and it does seem that we are recognising much more subtle forms of control within intimate relationships.”

While these new measures are being welcomed by domestic abuse charities and campaigners, some say much more needs to be done to support mental health and recovery from abuse.

“That doesn’t mean it isn’t a step forward, but it doesn’t go far enough.

“Quite how this might work in practice and be funded is yet to be revealed.

“It is a key component of the justice process that in court parties can answer the allegations levelled at them, and question their accusers.

“Regrettably, that right has been abused in cases by perpetrators to continue that abuse, and hopefully this change (if passed) will bring that to an end.”

“The main thing is that the way victims are treated in court will be improved and they will have greater rights and protections, a sign that abuse in families is being taken much more seriously.”

The draft bill will now be debated by MPs in the House of Commons, and also by the House of Lords, at which point - if there are no objections - it will officially become law.