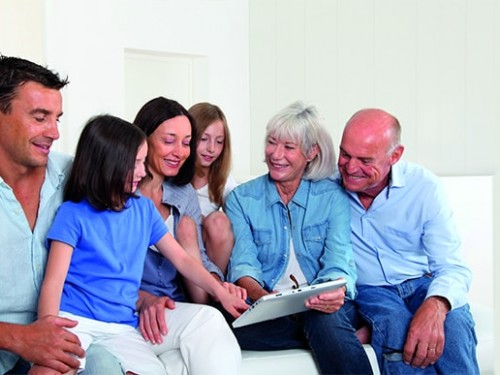 Families who leave court the losers after inheritance claims

Two recent cases which have seen families losing out after legal action include two brothers who have run up fees of more than their entire inheritance by disputing a stepmothers’ share of their father’s estate, and estranged daughter Heather Ilott who challenged her mother’s will after discovering she had been excluded.

That challenge set her on a ten-year battle which ended this month, when the Supreme Court gave its ruling on Ilott v The Blue Cross and others. Heather Ilott was excluded from her mother’s will following a long estrangement after she left home as a teenager. After her mother’s death, finding that the entire estate had been left to three animal charities, she claimed provision under the Inheritance (Provision for Family and Dependants) Act 1975 (the I(PFD)A 1975), which is designed to protect a surviving spouse or civil partner and dependents who are in need of maintenance but are not left adequate financial provision under the will of a deceased person or under the rules that apply when there is no will.

Heather Ilott’s case rested on her claim that she would be in a position of poverty, reliant upon state benefits. That claim was successful, with the Court of Appeal making an award of £143,000 plus an option on a £20,000 fund. Now, that has been overturned by the Supreme Court, who have reduced it to £50,000. In making their decision, the Law Lords resolved many concerns around the general principle of testamentary freedom which had arisen following the Court of Appeal judgement, and clarified a number of issues under the I(PFD) Act.

The reduction in the award to Heather Ilott by the Supreme Court is a good sign for anyone wishing to make a potentially difficult decision over where they leave their estate, as it reinforces the right of individuals to make their own choices when writing their will. It pushes back against the earlier ruling, a landmark judgement which had caused concern that it might prove harder for parents to disinherit children in future, unless they had very strong grounds for doing so.”

The trend towards increased inheritance disputes has been attributed to a number of factors. Increasing numbers of so-called ‘blended’ families where divorced parents re-marry is one such factor, with original family members not wishing to share with newer members, such as step-parents or step-siblings.

That was the reason behind the recent legal action by two farmer’s sons, who attempted to block their stepmother getting an extra £25,000 in their father’s will. Their action has cost them their entire inheritance of £62,500 each, as Richard and Jonathan Powell have been ordered to pay £200,000 in legal fees, after claiming that their disabled father was unfit to make the final will which left £125,000 to his second wife. The sons had maintained that an earlier will should stand, which would have seen their stepmother receive £100,000.

Another factor behind many inheritance challenges is property values. Where family are excluded, or receive less than expected, a large property price tag is believed to be fuelling many more claims, as more people are inclined to take the costly step of litigation to get the matters before the courts.

To make a claim under the Inheritance (Provision for Family and Dependants) Act 1975, a claim must be made within six months from the date of the grant of probate. For cohabitees, they need to show they were living as husband and wife or as civil partners with their partner throughout the two-year period before they died.

“It all comes down to careful planning and, wherever possible, communicating your decision to family, to try and avoid later rifts. And if you are excluding children, a spouse or civil partner from your will, you should certainly get specialist advice, to be sure that your plans will not cause problems down the line. Doing so also means there is clear evidence of what you intended to do if a will is challenged at a later date.”

Most disputed wills are settled at County Court, but figures released in September last year showed that a record 116 such cases reached the High Court in 2015, eight times the number heard in 2005.