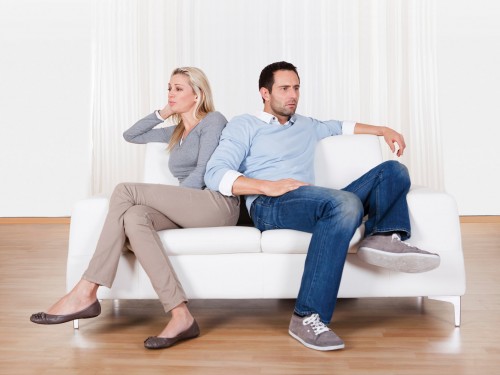 Divorce rates are on the rise, according to the latest statistics, and with the increase in the value of family assets, couples should do more to face up to financial affairs during the good times according to professionals.

According to the latest figures from the Office for National Statistics (ONS), the overall rate of divorce for opposite-sex couples has increased for the first time since 2009, at 5.8% in 2016, with men and women aged 45 to 49 recording the highest number of divorces.

Women continue to be more likely to petition for divorce in opposite-sex marriages, at 61% in 2016, and this trend was reflected among same-sex couples, with female couples accounting for 78% of such divorces.

The most common ground for divorce continues to be unreasonable behaviour, with 36% of all husbands and 51% of all wives petitioning for divorce on this ground.

And although the overall number of divorces remains well below its 2003 peak, experts say that the process of divorce, negotiating over finances and family arrangements, is becoming ever more complex, and suggest couples should be more open to making agreements and understanding finances from the outset.

The increased value of family assets means more is at stake, particularly for middle-aged couples, when couples come to hammer out a fair division after a marriage breakdown.  Wealth statistics from ONS show that by 2014 half of all households had total wealth of £225,100 or more.

And although family property tends to be thought of as the biggest asset, the figures show private pension wealth was the largest component of aggregate total wealth.  Values have surged thanks to stock market increases, and changes in legislation have opened the door to greater flexibility in accessing pension pots, making them increasingly important in divorce negotiations.

As a result, many more partners are seeking a share of pension arrangements on divorce.  Ministry of Justice figures show a 43% increase in pension sharing orders, at 11,503 in the 2016-17 tax year, compared to 8,027 in 2015-16.  Pension sharing orders are issued by the court, setting out the share of a pension an ex-wife or husband will receive from their former spouse.

In recent years, spouses divorcing after a long marriage have come to expect an equal share of all assets, irrespective of any decision on needs, and whether or not one was the home maker.

But a recent Court of Appeal ruling in Hart v Hart, saw a wife awarded £3.5m, out of total resources of just under £9.4m, in a decision which some have interpreted as a shift in attitude.  The judgement gave greater weight to the pre-marriage wealth of the husband, despite a 23-year marriage, with the wife’s settlement based on a calculation of needs, rather than equal sharing of assets.

Said family law expert Dawn Harrison of Whitehead Monckton.  “This case was a complicated one, and it is unusual to see pre-marital wealth being given such consideration after a relatively long marriage, during which finances may have mingled.  Together with the increasingly complex finances of those embarking on second or subsequent marriages, it’s an outcome that may encourage more new couples to seek pre-nuptial agreements, or sometimes post-nuptial.  While such agreements are not automatically legally binding in England and Wales, they are likely to be upheld, if done properly, following the 2010 landmark case of Radmacher v Granatino.  It’s a way of clearly setting out what each person has brought into the relationship, in case of any later division of assets and final payout.”

She added:  “What is important is open communication and understanding of financial affairs, and making such an agreement can help couples to have a more frank discussion at the outset.  Often, one partner may take the lead on finances, or some couples may just avoid it, as they think it’s a tricky topic.  But understanding what you have today, in a positive, settled relationship, may mean you can better cope if the worst happens and things become difficult in future.”

Our team of lawyers are all family specialists and accredited members of Resolution and/or Family Law Panel members.  Our Resolution commitment means we believe in a constructive, non-confrontational approach to family law matters. Give us a call today to see how we can help you.