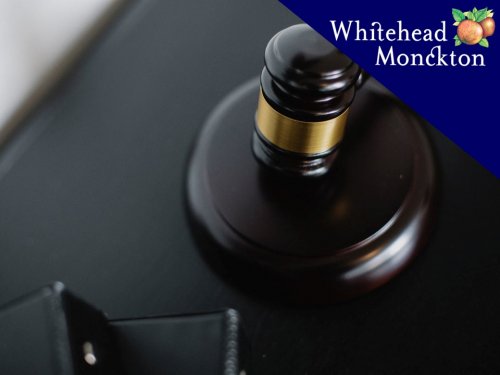 Britney Spears has been in the news a lot over the last few weeks, with the US pop star calling for an end of the conservatorship which has been in place since 2008 in relation to her business and personal affairs.  A conservatorship is a court-ordered agreement providing authority to assist an individual who is unable to make their own decisions.  The Court has heard many concerning allegations with Britney saying the management of her affairs has been abusive and that she wants her life back, sparking outcry at the way Britney has apparently been treated.

In this article, Bekka Fuszard TEP looks at the England and Wales equivalent to conservatorship – deputyship – and some key differences to the type of arrangement in place for Britney.

Similarly to conservatorship, deputyship is a court-ordered arrangement.  Where a person has lost capacity to make some or all decisions for themselves and has not made an Enduring or Lasting Power of Attorney, an application can be made to the Court of Protection to appoint a Deputy to make decisions for that person.  Anybody over the age of 18 can apply to be a deputy; however, it is the court’s decision who is appointed. Typically, a family member or close friend will be appointed as a lay deputy or, if more appropriate, a solicitor as a professional deputy. Here in England and Wales, Deputies are usually only appointed in relation to financial affairs – they are rarely appointed in relation to health and welfare.

The powers of the deputy will be set out in an Order and may be restricted.  A Deputy must act with due care and skill and not take advantage of their situation and they are supervised by the Office of the Public Guardian, to whom they must report to at least annually.  If a Deputy has not been acting properly and/or abused their position, they will be investigated and removed from the role. Both conservatorship and deputyship can be ended by court if a person sufficiently recovers their mental capacity, as evidenced by medical evidence.

Legislation that we have in place here in England and Wales would ensure Britney’s voice would have been heard throughout the arrangement, allowing her to make decisions for herself that she had capacity to make.  Deputies must follow the principles of the Mental Capacity Act 2005 which emphasises that the person is part of and is supported in decision making, and crucially, the person's best interests are to be paramount.  We also have the Human Rights Act 1998 that sets out the fundamental rights and freedoms that everyone in the UK is entitled to.

The five statutory principles in s1 of the Mental Capacity Act 2005 are:

It is important to note that capacity is decision specific and capacity may fluctuate.  From the public persona we all see, it would appear that Britney is able to make many decisions for herself, although it may be that she is unable to make complex decisions.  It can be tricky to determine whether someone has capacity to make a decision for themselves – particularly if the decision seems unwise to others and the person appears lucid.  Key factors to ascertain include whether the person understands the consequences of the decision and can weigh up the pros and cons to reach that decision.  A professional capacity assessment may be required.

From what we have heard, it appears that the way Britney has been treated is not the least restrictive of her basic rights and freedoms, and she has not been allowed to make any decisions for herself.

We wait to see how Britney’s case pans out, however if Britney Spears’ conservatorship were a deputyship, there would more safeguards in place to protect her from the abuse of her liberties that she has arguably experienced.  The deputyship system here works differently with the best interests of the person at the forefront to help those who need it.