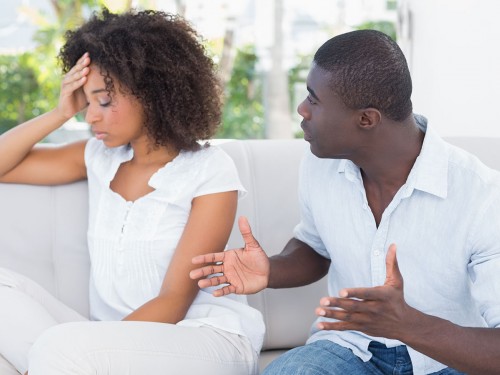 Last month our family team reported on Tini and Hugh Owens.  Mrs Owens sought a divorce from her husband.  Her husband opposed her petition, and, at a rare court hearing, the judge declined to grant Mrs Owens a divorce.

Mrs Owens appealed against this decision, and the Court of Appeal has now upheld the original judge’s decision, meaning Mrs Owens must stay married to her husband.

Readers may wonder why this is.

As the law stands at present, a divorce can only be granted if the marriage has “irretrievably broken down”.  However, that can only be established by proving one of five facts being :

Mrs Owens sought to divorce her husband on the basis of his behaviour.  It is not enough to simply say the other party has behaved unreasonably; specific examples of that behaviour must be given.

She set out 27 examples of how her husband behaved in a fashion she considered unreasonable.  Mr Owens responded to each and every one of them.  The parties both gave evidence, and the essence of Mr Owens’s response was that his wife was exaggerating the incidents she described.

Having read the papers and listened to both of them, the judge found that what Mrs Owens had set out were” all at most minor altercations of a kind to be expected in a marriage. Some are not even that”.  The law requires the court to be satisfied that the fact has been proved before granting a divorce.  The judge came to the conclusion that Mrs Owens had not done so, and therefore her husband had not behaved unreasonably.  As such he could not grant a divorce.  The Court of Appeal agreed, albeit reluctantly, with that finding.

The Court of Appeal judges all though had considerable sympathy with Mrs Owens, acknowledging the unhappy situation this left her in.  With this divorce petition having failed, unless her husband relents, she will not be able to divorce him until five years of separation has passed.  The Court of Appeal urged Mr Owens to reconsider his position.

So, what does this mean going forward?

It is a reminder that divorces cannot be granted on one party’s request with no corroboration.  The overwhelming majority of divorces in this country are undefended (less than 1% are defended), and that will continue to be the case.  Some commentators have speculated this might lead to the need to supply less anodyne examples of behaviour, though that remains to be seen.

As practitioners we have a duty to reflect on the strength of the allegations of unreasonable behaviour in a divorce petition balancing the need to satisfy the legal test with the obligation the parents have to maintain an amicable approach to finances and the children.

What this case  has inevitably led to though is renewed calls for the introduction of a “no fault” divorce system.  The family lawyers organisation Resolution has been arguing for the introduction of no fault divorce for some time, and will continue to do so. We are currently working with legislation from 1973, which bears little resemblance to modern life.

Whether the government will heed such calls is another matter.  A no fault divorce law was passed in 1996, but the law was never put into effect, and the provisions have now been formally repealed.  With the mammoth task of Brexit looming, reform of divorce law is likely to be very low on the government reform priorities.

If you wish to discuss any of the points raised in this article, please contact a member of the family team