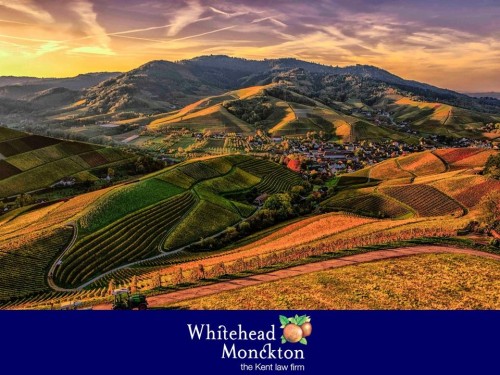 Inheritance feud and the principles of proprietary estoppel: A case study of Guest v Guest and another [2019] EWHC 869 (Ch)

A farm worker Andrew Guest, 52, has recently been awarded a £2.7 million share of a family farm following a successful proprietary estoppel claim in the High Court.

Upon leaving school at the age of 16 in 1982, Andrew started full time work at Tump Farm in Monmouthshire, a dairy farm owned by his parents David and Josephine Guest.

A year prior to Andrew commencing work at the farm, David had a Will drafted which left the farm equally to both sons Andrew and Ross, with a separate pecuniary legacy to be paid to his daughter Jan.

Andrew gave evidence as to how he worked up to 60 hour weeks for little financial reward (which for many years was less than the minimum wage stipulated by the Agricultural Wages Board) over a period of 32 years.

Throughout this time Andrew insisted that his father had, on numerous occasions, provided assurances that he would one day inherit a substantial proportion of the farm. Andrew argued that in contemplation of one day receiving this benefit, he endured the long hours and very basic wage.

David, however, argued that Andrew’s working hours did not mimic his assessment which he claims was enhanced. Further David maintained that amongst other “perks”, Andrew was allowed to reside at one of the farms cottages rent free for the majority of his time working on the farm.

Matters came to a head between Andrew and David over their differing views on the future vision for the farm. The breakdown in relationship led to the parent’s solicitor writing to Andrew to dissolve the partnership and forcing Andrew to seek work elsewhere. Andrew and his family were also given three months to vacate the cottage they had been residing in on the farm.

In 2018 David made a new Will excluding Andrew, instead leaving the farm to Ross in its entirety. Along with the Will was a separate letter written by David seeking to justify and explain the reasons why he had sought to exclude Andrew, on the basis that he had “lost all trust in him”.

Andrew issued a claim against his parents on 25 April 2017 on the basis of proprietary estoppel seeking to claim the share of the farm business that he argued he had been promised for so long.

Proprietary estoppel essentially prevents a person from going back on a previously made representation/assurance where it would be unconscionable for them to do so.

In brief, to be successful in a proprietary estoppel claim, the claimant must show the presence of the following three elements:

In this particular case Judge Russen QC found that David had made several assurances to Andrew over the course of his employment, that Andrew would take over, thus inherit, the farm business when he retired. The evidence relied upon included letters, recordings of conversations and an article in a local newspaper whereby David asserted his wish that his son Andrew would one day succeed him in the running of the farm business.

In reliance on the assurances made to Andrew by his father, the Judge surmised that Andrew had tolerated the long hours and low wages afforded to him as he held the impression that he would someday stand to inherit a substantial part of the farm. The reliance placed on David’s assurances led Andrew to spend his own money on the land and to take out a loan in order to make renovations to the cottage he occupied on the farm’s grounds.

The court was satisfied that had Andrew left the farm to work elsewhere he could have enjoyed higher wages following the several farming and business management qualifications he had obtained whilst working for David. Further it was likely that with an uplift in wages, Andrew would have been able to purchase a property of his own in a similar way to both of his siblings.

Judge Russen QC, in judgment, exercised his “broad judgemental discretion” in declaring the claimant a remedial award of 50% of the value of the dairy business and 40% of the market value of the freehold land and buildings at Tump farm.

The total estimated value of the award equates to approximately £2.7 million, which Andrew is to receive as a lump sum payment.

The complication in deciding the award was due to the fact that both of Andrew’s parents David and Josephine were still alive. The initial promise was that Andrew was to inherit the land once his parents died. This therefore amounts to an advancement of Andrew’s inheritance.

The court decided that the nature of the rift between Andrew and David meant that a clean break was necessary in order to sever relations completely, not indifferently to the way in which divorce orders are handled.

This case seeks to serve a warning on those individuals and businesses who fail to accurately address issues regarding ownership and interests involved in a business and what should happen to those interests in the event of a breakdown in relationship.