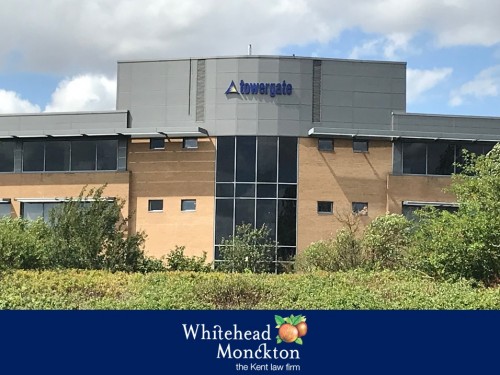 Whitehead Monckton is Set to Relocate to New Premises in Maidstone

Whitehead Monckton, one of Kent’s largest law firms, is set to relocate to new premises in Maidstone.

After almost 180 years trading at the King Street office in the town, the company, which has other offices in Tenterden, Canterbury and London has completed on a lease and is due to move to Eclipse Park on Sittingbourne Road in November.

The new office is situated right next to junction 7 of the M20 overlooking the Notcutts area.

The move has been sparked by the law firm's growth in recent years and comes two years on from when Whitehead Monckton merged with Docklands Solicitors in London.

Managing Director, Stephen Beck said: “We are extremely excited to have secured such fantastic premises for the next phase of development for the firm. We have traded from King Street for almost 180 years but sadly the accommodation is no longer fit for purpose.

“With greater emphasis these days on I.T. developments and flexible working arrangements for staff we took the decision last year that we needed to move to a more modern and efficient premises for the future security of the business.

“The move is a reflection on the growth of the company. Not just in terms of size of the firm but also in being able to modernise and significantly improve the way in which we can deliver our services to clients.

Stephen adds: “We’ve had a very positive response from staff since we announced the move at the beginning of September.

“Inevitably there will be a period of settling in to a new way of working together but the high quality and position of the premises should prove to be extremely attractive to current and future staff.

“Naturally, the move will also be tinged with sadness. I have worked in the office ever since I joined the firm in 1992 as a trainee solicitor. Many of our staff in Maidstone have also worked there for many years so it will be very strange to be driving to somewhere else on a daily basis.

“The office is right next to junction 7 of the M20 and we readily anticipate many clients should find it far easier to reach us.

“They’ll still be able to park outside the office and will enjoy fantastic views from our third floor position. They can even do some shopping at Next at the same time and access to the site should be much easier rather than having to do battle with the centre of Maidstone traffic. We are also delighted to see that Marks & Spencer have decided to invest significantly in the area by building a flagship store right next door.

“We are genuinely excited at the prospect of moving the firm forward and doing so in such a public way in such prestigious premises.”