My last blog was posted during my first seat in the Corporate and Employment team. I spent the majority of this seat training from home and I must admit I am very pleased to have now returned to the office.

I am coming to the end of my second seat having had this extended to eight months due to the issues onset by the pandemic. I spent the first six months predominantly working in the Tax & Estate Planning department and the latter two months in the Family department. I am now eight months away from qualification!

Whereas the majority of my first seat was spent working from home, we returned to the office in July 2021 and the ‘normality’ of office working resumed. The firm has now introduced a ‘WFH’ policy for most staff but that does not include trainees as it is felt they benefit from being in the office for supervision and interaction during their learning process. Although some may infer this decision not in favour of trainees, who had been forced like everyone else to work exclusively at home throughout every lockdown and had done so successfully, I was delighted to return to the office not least because I missed the human interaction. Moreover, I do not underestimate the value of daily exposure to experienced practitioners which was challenging to achieve working from home.

The firm prides itself on approachability, an open door policy and generally a good work life balance. I can truly attest to this. My training contract has not been as streamlined as I had expected it to be when embarking on this journey. I have had to take on a significant level of responsibility during this seat including assisting a fee earner’s caseload who, unexpectedly, had to take extended leave. However, our training principal worked with me and the two heads of the departments to ensure that I felt supported and guided through a hectic period. I would like to take this opportunity to say a huge thank you to our TP, Emma Palmer, who has been simply wonderful stepping into this role during the pandemic and making it look so simple though we all know it must have been far from it!

I have really enjoyed the responsibility and autonomy that I have had during my last two seats; enabling me to develop key insight into life post-qualification. An understanding of this comes following completion of each seat. During the seat, it would be untrue to say that I felt certain about every piece of work I produced… I did not. Rest assured, this is expected and not unusual. I have also had really positive and constructive feedback from my supervisors. This has been reassuring because as trainees it is really important to know that our hard work and dedication is being recognised and valued.

I am now preparing myself to join the Dispute Resolution Department in March where I will also be assisting the Corporate department on some exciting deals. Having previously worked in the Corporate team, I am excited to be returning. I am also looking forward to working with the new Head of Department, Dan Tozer, who joined us at the beginning of this year. As regards DR, given that historically the department has been the most popular among trainees, I am pleased to be joining them (finally!).

Lastly, it is worth mentioning that I have now reduced my period of recognised training by three months due to my prior work-based experience as a secretary. I submitted an application for the firm’s consideration, detailing my prior experience and the SRA skills obtained during this period, and was pleased with the positive outcome of their decision! 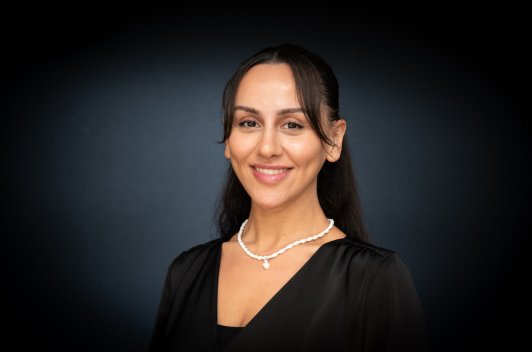