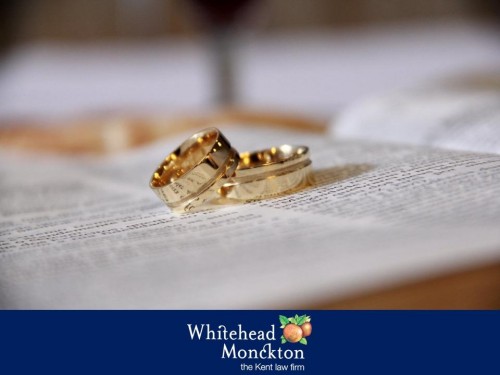 Divorce, just a piece of paper?

You may have seen recently on Good Morning Britain a debate regarding whirlwind romances and subsequently quick to the alter marriages. A journalist called Rebecca Reid was debating whether whirlwind relationships should be viewed as a positive or negative.

As a Family Lawyer, this did not strike me as anything strange to begin with. However, when she moved on to discussing marriages, Rebecca stated “buying a house is a big commitment, but getting married? Divorce costs you about 500 quid and is a piece of paper”.  I think family lawyers across the county were probably screaming “what!” at the television at this point, unless they were lost for words of course like me!

This line was delivered on morning television and Good Morning Britain have viewers up and down the country. Whilst many viewers may know better, for those less aware and more impressionable, this is concerning. A marriage can be entered into fairly easily and quickly but what many people will not appreciate is that, when you marry, you also acquire financial claims against your spouse which a cohabiting couple does not have.

Strictly speaking, divorce is a paperwork exercise and there is a Court fee of £550 to pay too. However, dealing with the divorce is just one small part of the overall work to be dealt with upon separation after you are married. Your financial claims as a married couple also need to be considered and dismissed by a Judge within a Court Order.

There have been very well reported cases recently looking at exactly that issue – couples have divorced and obtained their Decree Absolute; the piece of paper that ends the marriage. However they have not had their financial claims dismissed at the time presumably because they did not know better. Many years after Decree Absolute has been pronounced they may think that their life has moved on from their ex husband or wife, but they find themselves going through Court proceedings and having all of their finances looked at and potentially then having to give some of their assets to their long divorced ex husband or wife.

So, yes, divorce is a piece of paper, however, marriage represents much more than that. In order to complete your divorce properly, your financial claims also need to be dismissed so you can move on with finality.

You can come to an agreement yourself, work one out through solicitors, through mediation or the collaborative law approach - and family lawyers will always propose choosing one of these options before a court application. However, it is important to be aware that divorce is most definitively NOT just a piece of papers as Ms Reid suggests!

If you need further information about the details contained in this article you should contact one of the family law team here at Whitehead Monckton.