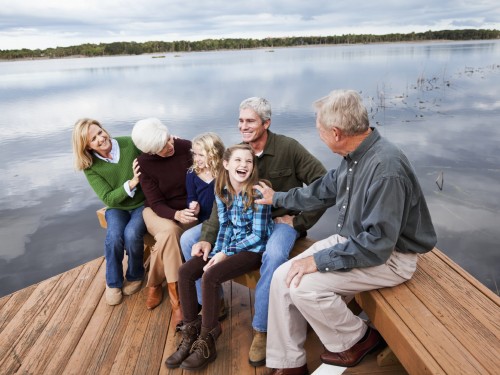 FAMILY LAW NEWS ROUND UP!

It is relatively quiet at this time of the year for family law news and, with World Cup (and Tennis!) fever most definitively behind us,  most people are simply gearing up to start  their summer holiday or, if they aren’t going away, wondering when this heat wave will end!

However, the latest round of family law news has some interesting snippets :

Recent family court statistics show that the time being taken to process a divorce has increased considerably. This certainly mirrors what family law practitioners are experiencing with the centralised courts. Whereas previously, when we were using our local courts, the timescale could be as little as 3-6 months from start to finish if everything went smoothly those halcyon days are long since gone with it now taking a record 51 weeks on average to get from petition to decree absolute!

Whilst the facts of this case and the number of new partners involved is rather complex, the simple facts are that the wife and her new partner/then husband supported the first husband significantly over the years of separation. The assets of the relationship – such as they were when the couple divorced – were also proven on evidence to have been divided between them at the time of the divorce.

The husband was the prime carer following separation and the wife had a successful career and married again well whilst her first husband in the main took small jobs around his time caring for the children.   Following their divorce, the wife paid generous maintenance, cleared the husband’s credit card debts and subsequently bought a property for him to live in with the children. She also funded a holiday to the Maldives for the family and paid for an extension to the property he was living in.

In recent years the husband realised that his financial remedy claims had not been dealt with at the time of divorce and that he could potentially pursue those claims now. He took steps to do this and there was a flurry of litigation over whether his claim should be struck out and which was ultimately refused by the Court.

By the time the financial remedy case was heard this year the husband had almost no assets in his name save for a small pension and had incurred legal costs of some £40,000. The wife by contrast had assets of £4.7million and a pension worth £780,000. Her assets included properties in her name and ones she owned jointly with her new husband.

The Judge’s unenviable job was to unravel all of this and interestingly (bearing in mind the cases of Vince-v-Wyatt and Pearce which also involved long periods of separation before claims were brought) he decided that, despite the absence of a formal agreement being in place, an informal and fair agreement had been reached between 1992 and 1994. He further concluded that the husband had received considerable assistance from the wife through the children’s minority and had been provided with a rent free property which was renovated and extended for him at no cost.

Looking at needs the Judge said that the husband’s needs were not needs which the wife should be asked to meet now. The husband had also remarried and his new wife had a property they could both live in and it was also not unreasonable for the husband to look for better paid work.

Whilst this decision may at first seem at odds with the decisions made in both the case of Pearce (a 1980 case) and Wyatt –v- Vince more recently heard, perhaps on reflection it is not? In both the case of Wyatt –v- Vince and this case applications to strike out their claims were dismissed, the Court deciding that the proper process was for their claims to be considered.

In the case of Pearce the husband and wife had been divorced for 9 years and the wife had by herself cared for the children and the husband had made no financial contribution at all being a discharged bankrupt. He then went on to inherit a substantial sum of money and the wife successfully applied for and was awarded a lump sum on the basis that her claims had never been satisfied at the time of divorce.

In A-v-B, the Court was clear that the husband and wife had shared fairly the assets they had at the time of divorce and the husband was able to find better paid work if he chose and had been able to make career choices because of the considerable support he had been given by the wife. Moreover, his housing needs could be met by his new wife. So, from a needs perspective he was not in dire straits.

These cases do serve as a stark reminder of  the need for all clients to take legal advice when separating and starting the divorce process.

Financial remedy claims continue long into the future – even if the divorce has been finalised. Whilst in this case the wife was able to defend her position, one can only guess at the legal fees she incurred to do so. Had she taken legal advice at the time and entered into a clean break financial remedy Consent Order this would not have happened.

Anyone considering a separation or divorce must remember the 4 steps to success:

Step one –      Divorce proceedings are started

It is only when you have your Decree Absolute AND your financial remedy final Court Order that all your claims are concluded.

If you would like to know anything more following reading this article then please do not hesitate to contact a member of our family team.