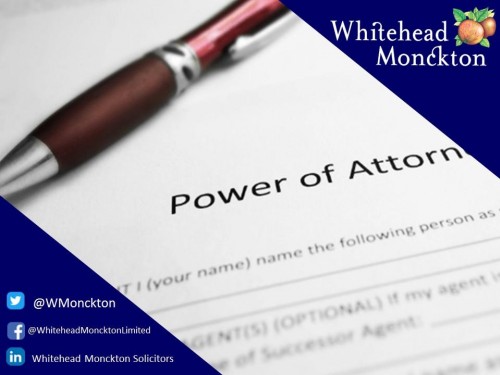 ITV presenter Kate Garraway has opened up in a recent interview with The Times about the financial struggles she has faced since her husband Derek Draper contracted Covid-19 and was subsequently placed into a coma to aid his chances of recovery. Unfortunately, Kate is now facing legal roadblocks in accessing joint funds, attempting to remortgage their jointly owned property and even replacing their family mobile phones as the contracts are in Derek’s name. Kate also cannot access her husband’s medical notes due to data protection.

Lasting Powers of Attorney are well-known documents which allow a person to appoint people they know and trust to be able to deal with their finances or health decisions should they no longer be able to do so themselves due to lack of capacity. Many think that there is an automatic right that the spouse can deal with matters on their behalf; however, this is not the case and Kate’s unfortunate situation clearly demonstrates this.

It is important that you consider the creation of Lasting Powers of Attorney at the earliest opportunity. Whilst lack of capacity is often associated with dementia and old age, losing one’s capacity can happen at any time due to an incident or illness. Without a Lasting Power of Attorney in place, an application must be made to the Court of Protection to be appointed as Deputy, which is not only more costly and time-consuming in comparison to making Lasting Powers of Attorney, extensive evidence also has to be provided to the Court as to the person’s mental incapacity and their likelihood of recovering in the future.

The situation that Kate now finds herself in is well-reported and unfortunately could have been avoided by the couple creating Lasting Powers of Attorney, which Kate said in the article was discussed but never actioned. If you would like assistance with preparing Lasting Powers of Attorney or any further information, please do not hesitate to contact the Tax and Estate Planning team on 01622 698000.