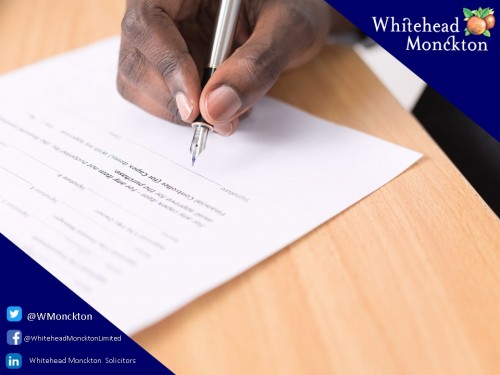 Commercial conditional contracts and extension past the long stop date

Conditional contracts are often used for the sale/purchase of commercial property. It allows for the parties to agree to the transaction subject to certain conditions being satisfied.

Conditional contracts allow the buyer/developer to enter into the contract but not to put down any money until, e.g. planning permission has been granted, for the development. It effectively stops the seller from dealing with the property during the conditional period.

A conditional contract should be drafted with great care and must clearly distinguish between;

In point a above, no binding contract exists and the parties are free to back out as they would during negotiations unless the conditions are fulfilled.

In point b, neither party can back out during the period that a condition remains to be fulfilled and they parties must work together towards the fulfilment of such conditions. The contract should specify a long stop date. This means that if the condition is not ultimately fulfilled by this date, the contract terminates automatically.

In the approach to the long stop date, if the contract allows for it and/or the parties agree, the condition can be waived, and the parties can elect to proceed with the transaction despite non-fulfilment of the condition.

Where this is subject to planning permission being obtained, the buyer is unlikely to agree to waive the condition and proceed.

Provisions can be made to extend the contract past the long-stop date if certain conditions have not been met. However, court cases have shown that such clauses must be drafted with great care and must be explicitly. In Cohen v Tesco Properties Ltd the sale of the land was conditional on the developer securing planning permission. The contract included a longstop date of 6 January but stated it could be extended ‘up to and including 9 June’ of the same year. The condition asked that the buyer needed to make an application to the seller for such an extension and to pay a sum of around £8,000 for each month of the extension periods. The buyer did not apply for an extension by 6 January and the seller moved to terminate the contract. The buyer argued that it believed it could make such an application anytime until the final long-stop date of 6 June as the contract said ‘up to and including 6 June’.

The Court held that the provisions for extension of time and termination were badly drafted which left matters unclear. The Court departed from the literal meaning of the contract (‘up to and including’) and looked at what made ‘business sense’. The Court found in favour of the seller. This is because it would not make sense for the seller to wait until 9 June and remains in an unclear position as to whether it could deal with the land after 6 January in waiting for the buyer to make an application. It also would not make sense for the buyer to wait until 9 June to make such an application and not pay the fees outlined above until it has done so.

Therefore, parties should always take into consideration the following (but not limited to) when drafting an extension clause into a conditional contract;

If the conditions are not clear and are disputed, the Courts can step away from the literal meaning of the contract as seen above.

If you have any questions you can get in contact with Marsha Marriner or Urvashi Suddul.