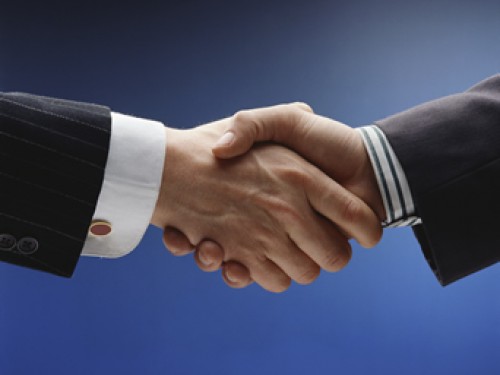 In recent months, there has been a growing interest in the way businesses are using a particular type of insolvency prevention procedure – known as a Company Voluntary Agreement – to reduce the amount they’re paying to landlords. Here, we explore the issue and look at the way retailers in particular are utilising this type of agreement.

What are Company Voluntary Agreements?

Company Voluntary Agreements (CVAs) are a type of arrangement used by companies with debt issues, as well as those that are facing insolvency. It’s a voluntary agreement between a business and its unsecured creditors, which provides a framework in which all or part of the debt is repaid over a fixed period of time.

Companies can arrange a CVA through an insolvency practitioner, who will negotiate the amount to be repaid and the period of time over which it will be paid. However, their proposal must be received positively by creditors who are owed a minimum of 75% of the debt. The business’s shareholders must also approve the measures by a simple majority.

How are CVAs used in the retail sector?

Over the last few years, CVAs have become a particularly popular means of reducing costs in the retail industry. The vast majority of the criticism aimed towards CVAs originates from property owners and landlords. A number of high-profile retailers, including BHS, New Look, and Jamie’s Italian, have used CVAs to drastically reduce rents while paying their other unsecured creditors in full. While the companies involved argue that the leases on their commercial properties are vastly over-valued and the only way of the business surviving is reducing rental payments, landlords argue that they’re being unfairly targeted and financially scapegoated.

The effect on landlords and proper use of CVAs

As CVA use increases, landlords are becoming increasingly frustrated that large businesses are targeting their earnings in order to cut costs. In many cases, businesses are requesting large cuts in rental costs and are threatening to leave the premises if those cuts are not made. This puts landlords in a tricky position – they either accept the terms of the CVA and receive lower rental payments, or the business terminates the lease, leaving the landlord even further out of pocket and searching for new tenants.

However, it’s not only landlords that are frustrated with the growing use of CVAs. Other retailers are bemoaning the competitive boost many organisations receive when they enter into such an agreement. In the cut-throat world of retail, the smallest reductions in expenditure can make all the difference between success and failure, and put the pressure on competitors.

The clothing chain Next is the latest business to argue that CVAs that reduce rents have provided competing businesses with an unfair advantage. They believe that companies are being rewarded for bad performance and that those organisations that have managed their financial affairs well are suffering as a result.

The future of CVAs

There can be no doubt that CVAs have been beneficial to a number of companies facing insolvency. Nor can it be said that CVAs are involved in the majority of insolvency processes – in 2017, CVAs were involved in just 1.8% of all insolvencies. However, the call for reform is growing louder and it does seem as though the system will be reassessed in the near future.

Landlords are collaborating to fight specific CVAs. Revo, an organisation focused on retail property, have written to the government asking for the matter to be looked into. Legal challenges are also being mounted against the use of CVAs in this particular way, with the majority arguing that landlords are being unfairly prejudiced against. What the future holds for CVAs will largely depend on whether legislators consider this type of use an abuse of the system and whether this abuse outweighs the benefits of CVAs to those businesses that use them in a less questionable manner.