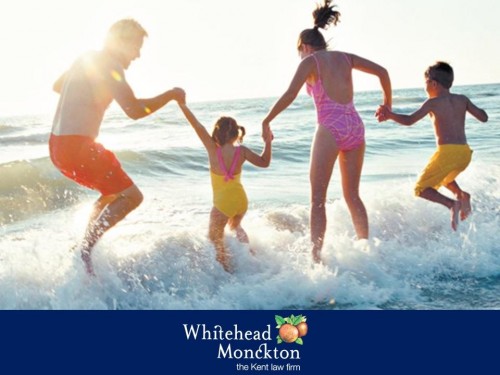 Could that family holiday cost you more than you thought?

It’s that time of the year again, when we’re thinking about where to take the family on holiday. Out of season the beaches are less crowded, the prices are cheaper, and you get a lot more ‘bang for your buck’ when it comes to holiday spending.

However, this is also the time when the kids are in school. As soon as the school holidays kick in the prices go shooting up and the crowds get bigger. So it may be tempting to take your children out of school for a week’s holiday during term time. But as any parent will tell you, that could end up costing you much more than you thought.

Figures released recently showed that the number of fines issued to parents who chose to take their children on holiday during term time has rocketed by almost 93% during 2017/18, with nearly 223,000 penalty notices issued for ‘Unauthorised family holiday absence’. It can cost parents £60 each in fines if a child is taken out of school during term time for a holiday, so you could end up adding an extra £120 to your holiday bill. That fine rises to £120 each if you don’t pay the initial fine within 21 days, and after 28 days if you’ve still refused to pay you can be prosecuted.

Are all fines created equal?

There’s no doubt that this is a hotly debated topic, and how likely you are to receive a fine for taking your child out of school without good reason (such as serious illness) seems to be something of a postcode lottery. All education authorities believe that even a couple of days out of school during term time can harm the education and therefore the future prospects of a child, and all schools have the right to issue fines, but not all do to the same extent. Where you live could determine how likely you are to receive a fine from your child’s school.

This rule only applies to state schools, and private schools are exempt, although they often enforce their own system. The rules are also slightly different depending on where you live. If you live in Wales then headteachers can authorise up to 10 days absence in certain circumstances such as a death in the family or illness, but there has to be evidence of the reason, and you can still be fined for unauthorised absenteeism.

In Scotland, there is no initial fine but education authorities can issue what are known as ‘attendance orders’, where a parent has to comply or present a reasonable excuse as to why a child doesn’t attend school.

In Northern Ireland parents can be reported to the Education Welfare Service if a child’s school attendance drops below 85%.

When can I take my child out of school?

There are instances when you can take your child out of school during term time, but a family holiday is not one of them. You could just simply weigh up the cost between taking the £120 fine (if there are two parents) and the huge jump in the price of a holiday during the school breaks. However, do bear in mind that the fine is an alternative to prosecution, and in theory your local education authority could push for prosecution instead.

The law states that in England, Section 444 of the Education Act makes it an offence to fail to make sure your child goes to school regularly. The line gets blurred as to what constitutes ‘regularly’, which the Supreme Court has now said means in "accordance with school rules". Even that, though, is still a little bit of a fudge, as each school has the right to define it differently. The Department for Education believes that ‘regularly’ should be interpreted as ‘every day’ (except for authorised absences).

You could challenge a decision in court, but unless there are very good reasons as to why you’re doing so, you are likely to end up having to pay much more than the standard £60 fine. However, if you do feel you’ve been unfairly penalised by your child’s school, talk to a solicitor that specialises in education and family law, who may be able to represent you or give you advice on how to proceed.

For more help and information on this issue or a similar issue you can get in contact with Graham Jones here.