Robert is renowned, particularly within the Kent property community, for his expertise in residential and commercial development work.  Land agents in the industry value Robert’s focussed approach and the ease with which he can grasp the key issues and get deals done.

Much of Robert’s practice involves acting for developers securing sites with the benefit of planning or advising on strategic land development projects.  He also acts for landowners who have been approached by land promoters looking to obtain consents for primarily residential development as well as house builders looking to secure new sites by means of options.  Often this work involves negotiating and concluding joint ventures and land promotion agreements as well as options and rights of pre-emption, overage and clawback provisions.

Robert is ranked for his expertise in Agriculture & Rural Affairs, Kent by the Chambers & Partners 2022 guide which says,

“a broad array of experience in rural property transactions, … he is "a very good practitioner who is good to deal with."

Robert completed an LLB Hons degree at Newcastle University followed by the Solicitors Finals Examination at the College of Law at Lancaster Gate in London.

He then trained with and worked for a London firm specialising in media law before joining Whitehead Monckton in 1987.

He became a partner the following year and then became a Director when the firm incorporated to a Limited Company in April 2014.

He has expertise in:

What my clients say:

"He is an extremely competent practitioner"

When out of the office:

I am a keen golfer and tennis player and an avid sports fan, especially cricket and football (a lifelong Chelsea fan!) I am the present Under Sheriff of Kent. 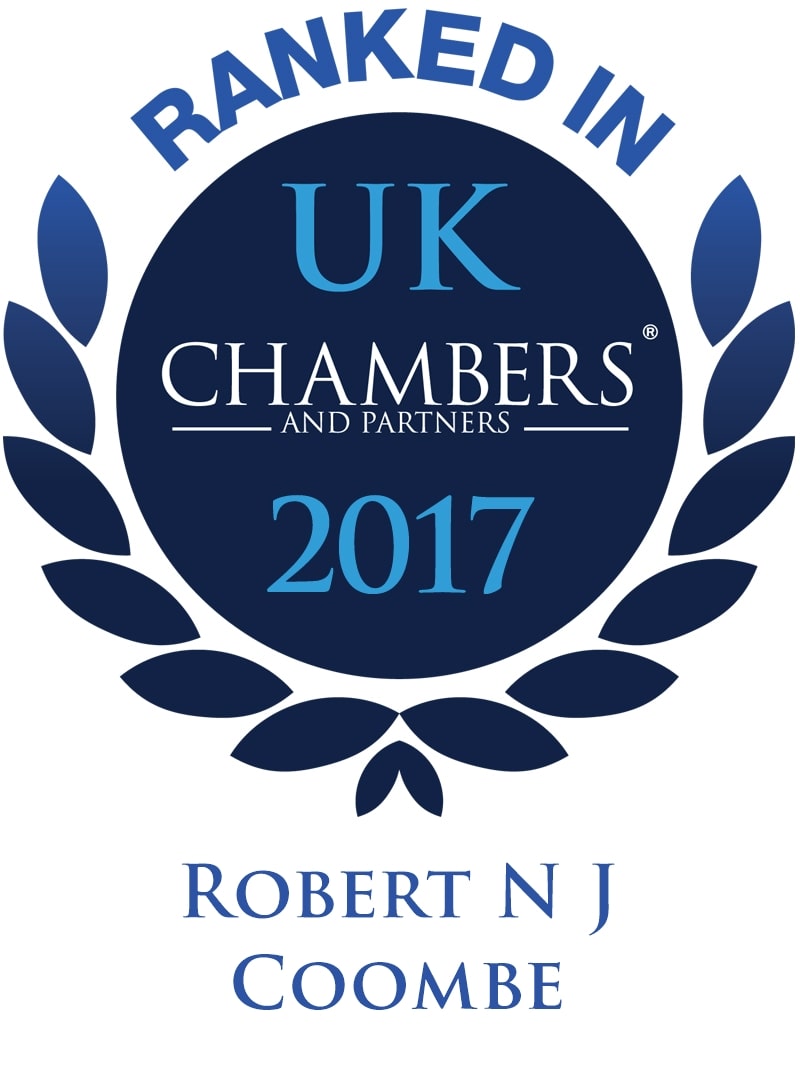 Get in Touch with Robert Coombe