I secured my training contract with Whitehead Monckton in June 2017 and started as a Trainee Solicitor in September 2018. While these dates seemed an age apart at first, studying for the LPC and relocating to Maidstone definitely made my start date come around a lot quicker. On my first day I was excited for what lay ahead, yet rather nervous to start my first full time job (strangely more nervous than I felt at the assessment days and interviews leading up to this moment!).

Nonetheless, these nerves soon vanished as I began my induction week. This initial week consisted of various training exercises as well as visiting all of our offices and being introduced to our colleagues. Possibly the most surprising part of the induction week came on the very first day when we were told that our Maidstone office, where Whitehead Monckton had been located for almost 200 years (and where I was to be based for my first seat), was to be relocated to a more modern and open office located outside of the centre of Maidstone. The best part of the induction week came a couple of days later when my fellow new trainee, Jack Staker and I got invited to the firm’s charity golf day. This was a great opportunity to speak to some of our colleagues, clients and consultants on a more social basis. Both myself and Jack played rather well that day which definitely helped!

As I write this blog I have just come to the end of my first seat. I spent my first six months at Whitehead Monckton in the dispute resolution department, which was a very busy but also very fun first seat! The team were extremely welcoming and got me involved with their cases from the start. The work usually consisted of drafting documents such as letters to the other side, instructions to barristers, claim forms, directions questionnaires and many more. While at first I was rather anxious about drafting documents to be sent to the other side, it is surprising how quickly you get used to it and adapt your way of writing to match the claim you are dealing with. This was definitely aided by the team who were always happy to answer any questions I had! I was also lucky enough to attend a variety of court hearings (including an appeal hearing at the Royal Courts of Justice), as well as a couple of mediations and conferences with barristers. Aside from this, I was also responsible for taking the new enquiries for the department and organising meetings for solicitors within the team. This proved to be a very useful task as you quickly grasped the key information for each enquiry, as well as feeling involved with the case from the offset. I would also then attend the meetings with the solicitors to take notes, so having this initial conversation with the client definitely helped with the understanding of the discussions in the meetings.

Around halfway through my seat in dispute resolution the firm relocated to our new offices at Eclipse Park in Maidstone. While this meant a longer walk into work for me (I won’t go there) the move was definitively a positive venture for the firm. The new office is much more open planned than our previous office, creating a more dynamic and social working environment. While I am sure many will miss certain characteristics of our old office at King Street, the new office gives the firm a much more modern look and definitively suggests the positive direction the firm is heading in.

Now that my time in dispute resolution has come to an end, I feel lucky to be able to look back at my first six months and have enjoyed it as much as I have. I felt I gained a lot of valuable experience and skills, as well as identifying an area of law I am definitely going to consider qualifying in to!

It is now time for me to begin my second seat, which will be in the firm’s corporate and employment department. I studied both of these areas of law in my degree and the LPC so I am excited to see how they compare in practice. While the move of seat is physically not a big one (only the other side of the room I sat in with dispute resolution), it will be interesting to see how the departments differ in terms of how they approach their workload, as well as the type of work I will be given. In one aspect I guess you could think of it as being back to square one as I have to learn from scratch how the new department operates, however this is something I am excited for and ready to make the most of.

I am hoping that by the time I write another trainee blog I will be able to tell you I enjoyed my second seat as much as my first one, but more importantly that I played just as well in this year’s charity golf day! 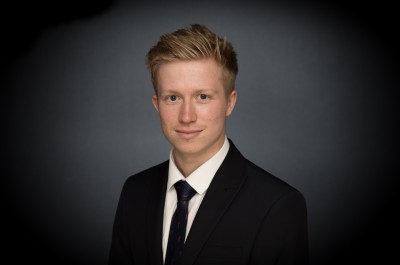