At the time of writing this entry I am nearing the halfway stage of my first seat at Whitehead Monckton and quite honestly, it is scary how quickly time has flown! It feels like only yesterday I started, walking through the doors for the first time at the beginning of September with that ‘first day of school’ feeling. Suffice to say that has now vanished! In fact, at the end of my very first day there was a firm wide announcement that the Maidstone office was relocating from its home for the last near two centuries to a very modern premises on the outskirts of the town – this was very exciting news to say the least, not just for me but all the staff, (well in Maidstone at least)!

In the months leading up to starting I was told my first seat was going to be in the Commercial Property department, splitting time between Canterbury and Maidstone. I’d dabbled in legal property work before, as a youngster fresh out of university, so this gave me a slight degree of comfort knowing I wasn’t going in completely cold, but of course it did not by any means detract from my newbie anxiety. I have to say though, the Canterbury team has been incredibly welcoming and patient with me. The work I have been given to do has been very mixed with a great deal of client contact and genuine responsibility. I have been heavily involved in drafting (report on titles, various deeds i.e. surrender, release of easement, and every conceivable Land Registry form) this alongside being active in client and cross party correspondence. Perhaps a favourite matter of mine was acting on a client’s purchase of a garage. I know that may sound insignificant when placed alongside multi-million pound development schemes, but for me being able to take personal control of the matter from start to finish was a great experience and gave me a real insight into the step by step conveyancing process.

It’s funny, property law was not a topic that came naturally to me whilst studying - and still doesn’t if I’m being completely honest - but I think it just goes to show that if you have a good team around you who are there to offer you their help and guidance its crazy to see what you can achieve when you put the effort in. This is the environment I have found is prevalent here and as such I feel my progress is reaping the rewards. I have to add in this section, when discussing help and guidance, it has been at times a godsend to be able to pick the brains of Josh and Sam (last years trainee’s) and of course the support and secretarial staff. Without their help, support and guidance thus far I would not feel even remotely as comfortable as I do so I feel very appreciative for that.

Now work has been covered lets move on to the fun things – the more social side! There has been the Whitehead Monckton charity golf day at Boughton Golf Club. As a keen golfer myself I was pleased to be able to get involved in that and actually play half decently which was a happy coincidence! I have also been able to attend various quiz nights in Canterbury in aid of various good causes. All have been fun but unfortunately not as successful as hoped, especially when on one fateful occasion I was part of a WM team that lost to a fellow WM team – I know, what can be worse than that! It has been good to get involved in the social side of things outside of work. Of course there is a networking point to it but also, I feel it has allowed me to connect more with others at the firm whom I would not have otherwise got the chance to speak with on a busy work day. With the Christmas season fast approaching one suspects there will be plenty of chances for further social events over the next month or so.

It's now full steam ahead, to end the year on a high, but would we really have it any other way... ? 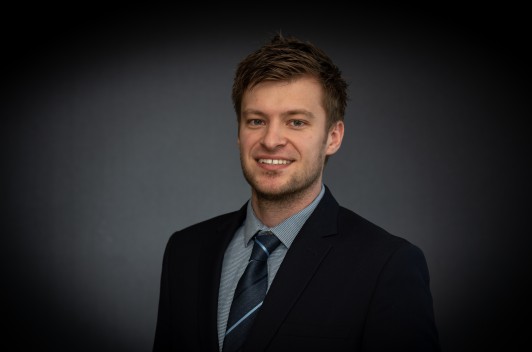