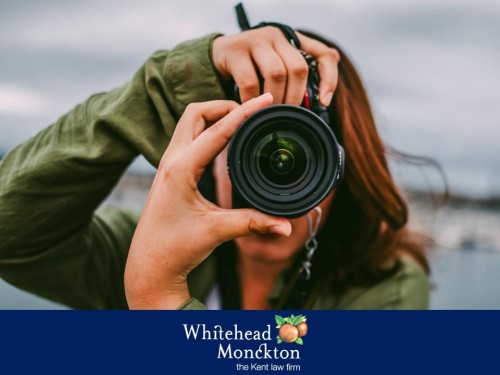 We’ve turned into a nation of photographers. Not only do we constantly have access to a camera these days, thanks to smartphones that come complete with highly advanced camera technology built in, but we love snapping away too. Whether it’s a still photograph of a sunset or a video of a pub fight, we’re constantly documenting the world around us. We then have a tendency to share those images online freely and, in most cases, without the consent of the person we’ve photographed. This could put you on the wrong side of the law, although it does depend on the circumstances and most importantly, where the photograph was taken.

Out in public, such as at a beach, a park or city centre, it’s legal to take pictures of people as they have, in the eyes of the law, elected to place themselves in a public location, and therefore have no reasonable expectation of any degree of privacy. So even if the person being photographed is doing something that could cause them embarrassment if it were to be publicised such as walking into a lamppost or falling over, the photographer can still technically take that picture and then publish it without getting consent.

It's also not illegal to take photos of children in a public place, but the NSPCC does recommend that you get permission from the parents or guardians before sharing any images on social media. Be careful of ‘naming and shaming’ young people engaged in anti-social behaviour too, as not only could putting their image up on social media be seen as a violation of their human rights, but it could also make you a target for reprisals.

However, within an environment where a person could reasonably expect to have a degree of privacy (such as in their home or in a place where it would be fair to expect a certain amount of privacy such as a changing room or fitting room in a clothing store) then you would most certainly be crossing a line if you then took unsolicited photos. Even if you claim you were in a public location, such as standing on the pavement outside someone’s house, that would not give you the right to take a candid photo of someone relaxing inside their home. This would constitute a violation of their human rights, and could land the photographer in very hot water.

Getting the owner’s permission

The owner of private property can dictate whether or not photographs are taken within their boundaries. This includes shops and even what you might regard as ‘public’ buildings such as libraries. They have every right to put up signs saying that photography is prohibited, and to ask you to leave the premises if you disregard those signs. However, they cannot prosecute you for taking a picture, and can only enforce trespass law to have your forcibly removed from the premises.

If you’re planning to publish the photographs then you may also find that some outlets insist on the photographer getting the expressed permission of the subject before they’ll even think about publishing them.

This doesn’t apply to social media sites, where it seems that anything goes. But if the subject of the photograph sees it and feels that their privacy has been violated, they can approach the platform operator and ask them to remove the picture. The platform operator doesn’t have to comply with that wish, unless it’s proven that the subject’s human rights have been violated in any way.

The threat of terrorism

There are certain people that you cannot take a photograph of without permission, particularly police officers or military personnel. Under Section 76 of the Counter Terrorism Act, anyone found "eliciting, publishing or communicating information" relating to members of the armed forces, intelligence services and police officers, which is "likely to be useful to a person committing or preparing an act of terrorism" could risk 10 years in prison. So be wary of taking a snap of your local bobby if they’re busy arresting a suspect, especially if you show the police officer’s face.

Taking pictures or videoing someone committing a criminal act has received a huge amount of publicity recently, with the New Zealand shooter live-streaming his atrocious attack on Facebook. In this instance, the only response open to the platform was to immediately take the footage down, and then spend several days ensuring that the content wasn’t shared by other users. It was a difficult operation as there is nothing to stop people sharing pictures or footage on social media platforms, but it was the morally correct thing to do.

However, you could find that your candid photos of a criminal act that you then casually share online could damage the chances of the police obtaining a successful prosecution. If you do get photographic evidence of a crime then rather than trying to get a few extra likes on Facebook, it may be better to submit the pictures to the police to help them catch the criminals.

If you have any worries about your image being shared or published without your permission, talk to an experienced legal expert today.

For more information and help on this issue or a similar issue you can contact David Riordan here.