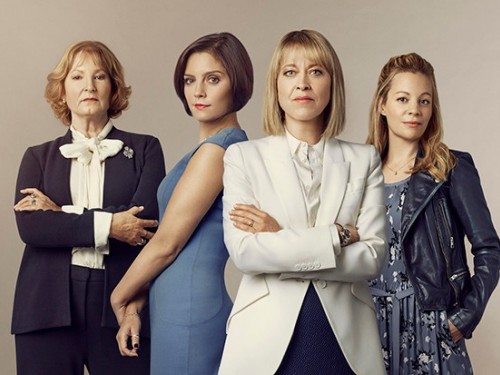 The Split: A Chain Reaction

Who would have thought a drama about divorce lawyers entitled The Split would spark our interest?

Whether you are a family lawyer, someone affected by a relationship breakdown, or just curious, this new programme has got people talking.  Whilst it is deliberately sensational and provocative, the great cast set about exposing a variety of human stories through the lens of London’s richest.

The shock delivered by Stephen Tompkinson’s character Davey McKenzie humiliating his wife Goldie, played by Meera Syal in front of his legal team by announcing he wants a divorce is a theatrical piece of dynamite that I hope never to see for real.  From there the chain reaction spreads out through the eyes of divorce lawyer Hannah Sterne played by Nicola Walker.  More often than not it is the choice of one person that sets the course for others and the harshness of this early scene has us wanting to know the outcome, especially when the lawyer seems visibly shocked and conflicted by her own client’s behaviour.

Hannah Sterne is depicted as having a reputation as a highly successful divorce lawyer and negotiator but we get a glimpse of her desire for fair play.  Will that prove to be her undoing or make her unpredictable and ultimately more effective?  We are also introduced to the added complication of her own matrimonial choices being brought into question. Is her marriage to the character played by actor Stephen Mangan rock solid or will she succumb to the love interest offered by the gorgeous Dutch actor Barry Atsma?  Are you hooked yet and able to predict the ending?

The show also doesn’t shy away from the folly and pain created when parents engage in battles that impact on their children.  The drama is heightened by the presence of a child in the lawyer’s office which I would caution against.  The scenes involving the child and his parents are an uncomfortable reminder of the emotional context that if they were left unchecked, could be very destructive.  In true British style this difficult subject matter is given the comic touch with the father, Rex Pope using his divorce as material for his stand-up show and peppering his media promotion with soundbites like “my ex wife’s a bitch!”.

At this point sibling rivalry and tensions between the two family lawyers representing the mum and dad spill over into the parental dispute which leads to Hannah Sterne striking out huge sections of the comic lines from the dad’s show as a condition of the father being permitted to see his young son.  The importance of privacy and the sanctity of that being shattered resonates throughout this part of the first episode.  It is therefore a huge relief to see the boy able to see his father with a truce drawn between mum and dad who have been at odds due to the father’s all too public criticism of his ex-wife in his comedy show.

It is intriguing for me as a family lawyer to watch the depiction of a “larger than life” fictional high profile lawyer and reflect on the effect it has on her, her family and of those she represents.  The drama shows us many things including how hard it can be to maintain distance between one’s personal and professional ambitions and also that we never stop learning from our mistakes and the actions of others.  Despite the challenges divorce and related disputes present it is a privilege for me to represent people at a vulnerable point in their lives and work with them to hopefully deliver a calm sensible outcome from the chaos.