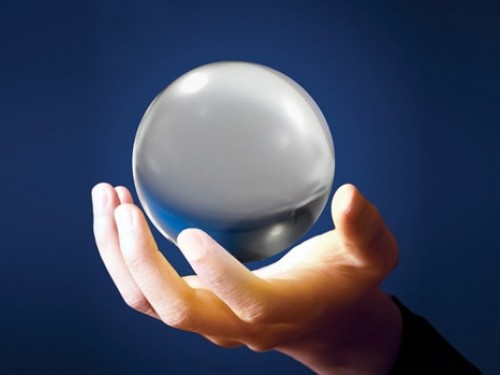 Latest statistics from Will Aid show that only 47% of adults in the UK have a Will, so 53% of the adult population run the risk of dying without a Will and therefore having their estate distributed in line with the intestacy rules.  These case studies demonstrate that the rigid structure of the intestacy rules may not produce satisfactory outcomes in many modern family dynamics.

Mr Smith and his fiancée Miss Clark had happily lived together for seven years and had a five year old daughter named Lily.  The house they lived in was in was in Mr Smith’s sole name and he was the main earner in the household.  He also held several bank accounts and investments in his sole name.

Sadly, Mr Smith died unexpectedly having never made a Will.  He had not thought a Will was necessary, wrongly believing that Miss Clark would receive at least some of his estate as they had lived together for several years and had a daughter together.

Under the intestacy rules Lily inherited the whole of her father’s estate (to be held on statutory trust as she was under 18).  As they were not married, Miss Clark was not entitled to any part of Mr Smith’s estate.

Miss Clark’s only option was to pursue a claim under the Inheritance Act 1975 as a dependant who had not been adequately provided for – a costly and stressful procedure.

If Mr Smith had made a Will he could have ensured that his fiancée was adequately provided for and saved her from a considerable amount of stress whilst she was grieving.

Mrs Jones died unexpectedly whilst on holiday without leaving a valid Will.

This distribution, dictated by the intestacy rules, resulted in an undesirable situation. Mr Jones would either have to accept that Sidney and Shirley would own part of the business or he would have to move out of the house he had shared with his beloved wife so that Sidney and Shirley could receive their entitlement.   This led to much contention between Mrs Jones’ relatives.  Mr Jones decided to pursue a claim under the Inheritance Act 1975, arguing that he had not received adequate provision under the intestacy rules.

If Mrs Jones had made a Will she could have ensured her husband was not left in such a predicament whilst also providing for her children.  Several options would have been available for her to consider during a succession planning discussion with a solicitor.  As Mrs Jones had a large estate, making a Will would also have provided a useful opportunity to tax plan.

Mr and Mrs Ali were in their 30s and had been happily married for two years.  They owned the house where they lived as joint tenants.  Mr Ali had several savings accounts in his sole name.  Mr Ali had a daughter, Jasmine, aged six from a previous relationship.

Mr Ali died suddenly having not made a Will.  He had not realised that his share in the house would automatically pass to his wife by survivorship by virtue of them owning the house as joint tenants.  As his savings and the rest of his estate amounted to less than £250,000 everything passed to Mrs Ali under the intestacy rules.  His daughter, Jasmine, received nothing.  Jasmine’s mother did not know that a claim could be made on Jasmine’s behalf under the Inheritance Act 1975 - even if she were aware, she did not have the finances available to pursue such a claim.

If he had made a Will, Mr Ali could have ensured that Jasmine received some inheritance.  A solicitor could have advised him on the different options available allowing him to provide for Jasmine’s future – from a simple cash legacy to a trust arrangement.

Mr Price and Mr Matthews were in a civil partnership but had been separated for four years. The separation had been quite amicable and neither party had initiated dissolution proceedings.  The house Mr Price resided in was owned by Mr Price and Mr Matthews.  On the advice of a friend, they had severed their joint tenancy so that their respective shares in the property would pass via their Wills and not automatically pass by survivorship.  Mr Price intended to visit his local solicitor and make a Will leaving his estate to his nieces and nephews.

Unfortunately, Mr Price did not make a Will before his untimely death – he was always too busy.  Consequently, Mr Matthews (as his civil partner) received Mr Price’s share in the property and the rest of his estate under the intestacy rules.  Only by making a Will could Mr Price have ensured that his wishes were followed when the time came.