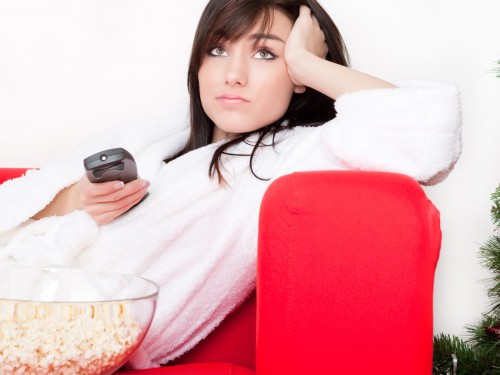 Getting rocky relationships through tinsel-time

The family-focus of Christmas is often followed in January with news of unhappy couples who decide to call it quits, leading to so-called Divorce Day, as family lawyers receive a surge of enquiries when they re-open after the break.

And as the holiday season goes into full swing , there are calls for greater support for couples, based on better understanding of outcomes.

Compared with data from 2004, divorce rates were lower for all age groups, except women aged 55 and over. As younger people look to be having fewer problems in the first decade of marriage, this has been attributed by ONS to higher numbers of couples cohabitating before marriage, with the suggestion that only the stronger relationships make it through to the wedding day.

But those working at the front-line say the apparent improvement should not obscure the increasing difficulty faced by couples looking to separate.  For although the process of securing a divorce is relatively straightforward, the associated negotiating over finances and children is proving an increasing challenge.

Faced by the cuts to legal aid and higher Court fees – the cost of applying for a divorce increased from £410 to £550 in March 2016 - through to the difficulty in affording to set up two homes, many couples are turning to increasingly desperate measures.

For some, it involves continuing to live together, even when officially separated, or even post-divorce, including so-called ‘bird nesting’ arrangements, where the children stay in the family home and the parents come and go.  Others turn to online help or untrained mediators, only to discover later that they may have agreed financial or childcare outcomes that leave them at a significant disadvantage, when professional advice and representation could have reached a fairer outcome.

“DIY can seem a sensible option when you’re trying to keep the lid on costs and everyone is saying it’s simple. And whilst it’s true that the application process itself is relatively straightforward, that’s only one small part.  Nor is it fool-proof, and if you get it wrong it could lead to paperwork being sent back, which could mean additional court fees.”

“It’s tough sorting things out between the two of you when emotions are running high, but talking things through is the best way and having someone help you with those conversations is a good idea.  You should have expert help at some stage in the negotiations, to make sure that what you have agreed is fair, that neither party is pushing the other into a corner, and that it is in line with what you could expect as a reasonable outcome if you had gone to court.”

Such encouragement for couples to talk reflects the findings of recent research in the United States.  This suggests that couples who share their problems with each other are more likely to overcome difficulties than those who share problems with their friends.  Reported in the Journal of Social and Personal Relationships, researchers found that sharing concerns with a friend increased the odds of a break-up by 33 per cent, but talking it out with a partner doubled the chances of them staying together.

“Ending a marriage is one of the toughest things anyone will ever deal with, and what’s needed is a well-informed, collaborative approach.  The couple, and anyone supporting or advising them, need to be focused on achieving an outcome through positive negotiation that is more talk, less war.”