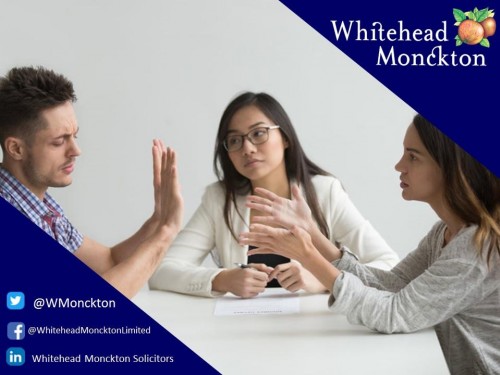 Siblings battle over the validity of their mother’s Will

The High Court has recently considered the case of Rea v Rea which demonstrates some of the grounds that can be used to argue the validity of a Will.

In this case, Mrs Rea made a Will in 1986 in which all four of her children were to inherit her estate in equal shares. In December 2015 Mrs Rea instructed solicitors to draft a new Will. This Will removed one of Rita’s brothers as executor and deleted provision in which all siblings were to inherit an equal share in the estate. Instead, the Will left Mrs Rea’s property (worth c. £1million) to entirely to Rita, excluding her siblings.

Mrs Rea including express provision in the Will that justified the change in her Will by reason of Rita caring for her for several years prior to her death, which read as follows:

“I DECLARE that my sons do not help with my care and there has been numerous calls from me but they are not engaging with any help or assistance. My sons have not taken care of me and my daughter Rita Rea has been my sole carer for many years. Hence should any of my sons challenge my estate I wish my executors to defend any such claim as they are not dependent on me and I do not wish for them to share in my estate save what I have stated in this Will.”

The brothers claimed that the 1986 Will was valid and challenged Rita entering into probate for the 2015 Will on the following grounds:

The brothers argued that their mother could not properly understand the English language or her own mind so was unable to provide instructions for the Will.

The Court heard evidence from the Solicitor who advised Mrs Rea and drafted the Will and also from Mrs Rea’s GP who both gave evidence in support of Mrs Rea knowing and approving the contents of the Will and that she was able to understand English as long as the language used was not complicated and they spoke slowly to her.

The brothers needed to prove that influence by Rita coerced Mr Rea into making the 2015 Will and their evidence was that Rita was angry and a vindictive person.

Deputy Master Arkush commented on the brothers’ evidence and stated that:

“the defendants (the Brothers) either set out to blacken Rita’s character to the court as a deliberate and dishonest aim or they have persuaded themselves that she is as bad a person as they described her”.

The Court heard that the relationship between Rita and her brothers was not a good relationship but despite this evidence was provided stating that the Mrs Rea had given instructions for the Will on her own accord.

The brothers needed to show that Rita had poisoned their mothers mind and cast dishonest aspersion on their characters. The Court found that there was no evidence in support of this argument.

Rita argued that none of the points raised by her brothers were true and that the contents of the 2015 Will reflected her mother’s wishes.

The Court found that the brothers produced insufficient evidence to succeed in any of their claims of lack of knowledge and approval, undue influence or fraudulent calumny it was decided that the 2015 Will was valid and as a result the brother’s did not receive a share of the c. £1m property.

Due to the complexities of this area of law it is important to take legal advice when bringing or defending a claim that a Will is invalid. Rea v Rea shows that the arguments can be difficult to run and highlights the need for evidence to substantiate the merits of your claim.