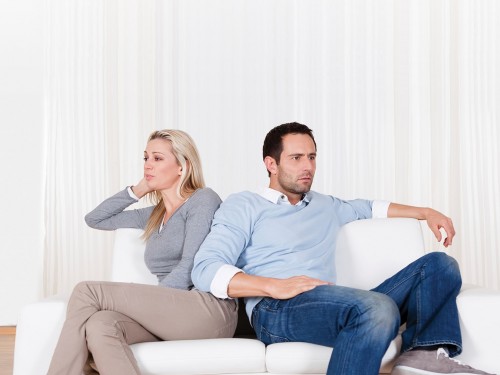 We are not all equal upon separation

Many people for varied reasons choose not to get married but how many of those same people realise that by not marrying they are at the mercy of an archaic set of laws that fail to protect them on almost every level?

The recent Kay Mellor TV drama, Love, Lies and Records, is perhaps a popular expression of all the events that go on in a busy Registrar’s office featuring many examples of marriage from a “scam” marriage where immigration officials ultimately have to be involved through to the heart-breaking story of a young couple who marry on the same day that the young woman then tragically dies of cervical cancer, two days after giving birth to their baby son. Their reason for not marrying before – they could not afford it.

Affordability or life style choice are common factors but recent statistics show that the number of unmarried couples living together has more than doubled from 1.5 million in 1996 to 3.3 million in 2017 over a 20 year period.

The association of family lawyers, Resolution, recently carried out a survey which found that two thirds of cohabiting couples believe in the concept of common law marriage giving them rights – which sadly for them is not correct. Resolution’s Chairman, Nigel Shepherd, reports that our current laws are “behind the times” and “the government must listen to the public, legal professionals and a growing number of politicians who all agree that we need reform to provide basic rights to cohabiting couples should they separate”. He added that “society has changed” with cohabiting couples becoming the fastest growing family type in the UK.

The lack of legal protection can result in injustice to those involved. If a couple live together for 20 years, marry and then divorce after a further say 2 years together then, because their cohabitation has moved seamlessly to marriage, they can be considered to have had a long marriage and will be able to access all provisions available under the Matrimonial Causes Act of 1973. The section 25 factors together with case law mean that the starting point for distribution of their capital assets will be an equal one which includes orders covering pension provision. Maintenance is available both for the children and the spouse. However, if that same couple had lived together for 22 years and did not marry then the situation is dismally different!

So what are some of the main differences when you separate as a married couple as opposed to a cohabiting couple?

None of what is set out in this article is new – family lawyers have been recommending and campaigning for the government to review the law affecting cohabiting couples for many years. Just as we want “no fault divorce” and a review of the Matrimonial Causes Act of 1973. This legislation supplies the framework for family law today but at 43 years of age and with little reform to match it to the needs of society today, if it were not for the wisdom and good sense of our judiciary and the work of many dedicated family law practitioners in brokering financial settlements between separating couples, there could be far more of an outcry about matrimonial law inequalities.

The legal community continue to place the spotlight on all these aspects, with Resolution giving particular voice to cohabiting couples this past week. The recent ComRes poll of 2,000 adults carried out by Resolution found that 84% of people thought the government should take steps to make sure unmarried couples knew they did not have the same legal protection as married couples. Of those respondents 281 were in a cohabiting relationship and two thirds of those thought they had rights under the common law marriage myth.

The current situation is inequitable and should be resolved without further delay. Caroline Lucas has tabled an Early Day Motion in Parliament to further advance this cause. Cohabiting couples meantime should consider seeking advice on entering into a cohabitation agreement.

Our team of lawyers, all family specialists and accredited members of Resolution and/or Family Law Panel members can advise you. Our Resolution commitment means we believe in a constructive, non-confrontational approach to family law matters.

Give us a call today to see how we can help you. Contact Emma Palmer or call one of the family team