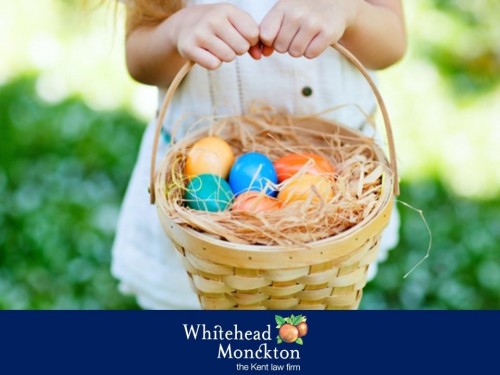 When an Easter Egg hunt could land you in hot water

A recent campaign by Cadbury that encourages people to go treasure hunting has highlighted a problem that landowners across the country are facing – illegal metal detecting. It may seem like the plot from the whimsical BBC2 comedy Detectorists, and therefore relatively harmless, but the damage unlicensed metal detecting causes to fragile archaeological sites is immeasurable.

The Cadbury campaign suggested to people that they ‘grab a metal detector’ and go to nearby historical sites and monuments to see if they can dig up any treasure. They even gave examples of sites, such as Mooghaun Fort and Chelmsford, Essex, where they described Saxon treasure as ‘fair game’.

Archaeologists slammed the campaign, and rightfully pointed out that digging without permission or a licence within a certain distance of an archaeological site or monument wasn’t just reckless and stupid, but illegal as well. Once a site has been designated as protected, it is illegal to dig that land for artefacts, and any unauthorised activity is classed as ‘looting’.

After a storm of protest, Cadbury withdrew the campaign, saying it had not meant to encourage people to ‘break existing regulations. However, it does raise a couple of pertinent points, not least of which is why on earth the advertising team thought that was a good idea in the first place!

The kind of activity that Cadbury was encouraging people to do could lead to prosecution for a range of offences, including damaging a scheduled monument, trespass, theft or criminal damage to a landowner’s property, metal detecting without a licence (particularly in Northern Ireland), and not reporting finds of treasure within 14 days, as defined in the Treasure Act 1996.

Two important areas of legal consideration are raised here. Firstly, there’s the whole issue around metal detecting and ‘treasure hunting’. If you’re a landowner and have given permission for metal detectorists to search on your land, then there are complex procedures to go through if anything of any significance is found. This used to be known as ‘treasure trove’ and to qualify it had to be proven that the artefacts (usually precious metal or coinage) had been deliberately hidden with the intention of being retrieved at a later date. As most treasure was hidden hundreds of years ago, this was obviously somewhat contentious and very difficult to prove, so in 1996 the law was revised in the Treasure Act.

According to the Act, any object that contains at least 10% of precious metal and is over 300 years old qualifies as treasure. Items that are made mostly of gold and silver that cannot be traced back to their original owners also qualify as such. The usual arrangement is that the value of the treasure is split between the landowner and the finder.

However, if people do trespass on land without the owner’s consent and simply ‘dig up a bit of treasure’, then not only is the historical significance of the treasure lost, but the monetary value to the landowner could be as well. Factor into the equation the possibility of damage to property, and the landowner could be looking at a substantial bill.

Secondly, if you are actively encouraging people to trespass onto private land in any kind of scavenger hunt or treasure hunt, then you could be held accountable in some measure for any damage caused to the landowner’s property if the landowner decides to pursue a civil case for compensation. It is a grey area, and the laws of trespass are somewhat hazy at best, but it is well worth thinking about if you’re organising an event that involves this kind of activity. In the vast majority of cases the landowner will pursue the actual individual who caused the damage in the first place, but organisers could well find themselves in hot water if an event they’ve put together gets a little ‘out of control’ and results in damage to someone else’s property.

If you’re a landowner who would like to know how to tackle unauthorised access on your land by detectorists, or need to discuss the Treasure Act, talk to a legal expert today.

For more help and information on this issue or a similar issue get in touch with Emma Salmon here.