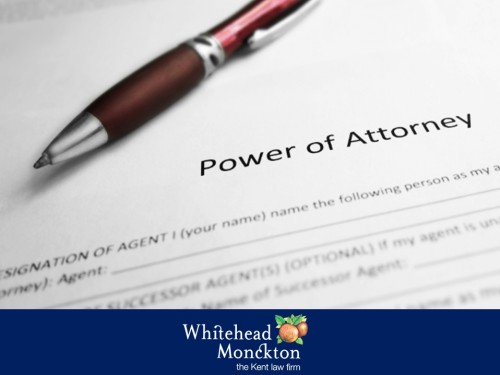 In 2015, Mrs Smith looks into making Lasting Powers of Attorney (“LPAs”). She has seen reports in local newspaper articles and been advised by her children that she can make the LPAs herself. She does not see any reason to incur costs through instructing a solicitor to create the document on her behalf.

Mrs Smith makes a LPA for her Property and Financial Affairs and appoints William and Claire as her attorneys jointly and severally, meaning they can act independently of one another. She believes this is the easiest and fairest way. Mrs Smith decides against making a Health and Welfare LPA. Mrs Smith trusts her children to make the right decisions for her without the need of any document giving them power to do so. She wishes to be cared for at home in the future.

Three years later, Mrs Smith’s mental capacity has begun to deteriorate. William has taken it upon himself to move Mrs Smith out of her home to live with him and also uses the LPA to place Mrs Smith’s property on the market for sale. Claire soon finds out and is furious with William’s decision however, as a result of his intimidating demeanour Claire is unable to reason with him. She feels she is left with no option but to agree and for her mother’ property to be sold.

William has also used the LPA to begin accessing and using Mrs Smith’s money. William does not work, but through looking after his mother he believes he is deserving of a salary and begins to pay himself a weekly wage. Claire, upon making the decision to step in and begin acting as an attorney, is surprised to find that regular withdrawals have been made from the account and also notices the weekly payment to William. William defends the withdrawals by informing Claire that he is spending the money on their mother and is saving her money by not having to go into care. Claire reluctantly accepts but on the basis that she has control of their mother’s finances going forward.

Despite William’s agreement for Claire to take over, he has continued to access his mother’s accounts under the LPA and make further withdrawals. Claire and William’s relationship sours to the extent that William no longer allows Claire to visit their mother at his home.

In light of the potential misappropriation of finances by William, Claire has no alternative than to report William to the Office of the Public Guardian. As a result, the LPA is revoked and a professional Deputy must now step in to look after Mrs Smith’s finances.

Claire also struggles to move her mother into a care home so that she can visit her. With no Health and Welfare LPA, she must make a costly and lengthy application to the Court of Protection for a specific decision to be made.

The case study highlights the importance of instructing a professional to draw up LPAs, together with attorneys taking the correct advice when their time comes to act. It is too easy to appoint, for example, all children in the family just because it seems fair to do so. An attorney has fiduciary duties to act in the best interests of the donor, but unfortunately this is often ignored when there is a clash between attorneys. Where personal matters regarding welfare and finances are involved it is very easy for family members as attorneys to clash, especially if the relationship is poor one to begin with.

Mrs Smith wanted to avoid the costs of instructing a professional to deal with the creation of her LPA. However, lets now look at the financial implications of her NOT having incurred such costs:

Notwithstanding the cost consequences, the stress on Mrs Smith and the breakdown in the family can be irreversible.