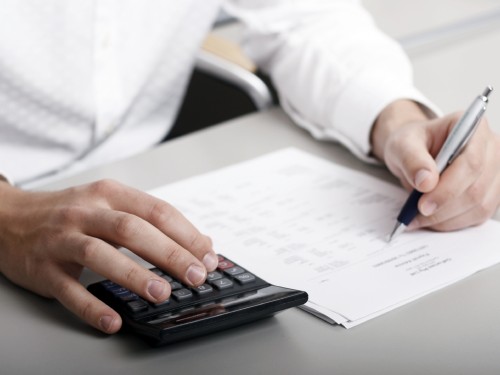 Can’t pay - Can they really take it away?

The popularity of programmes showing the daily workings of high court enforcement officers have thrown into sharp relief the sheer amount of personal debt in the UK today. According to figures released by the Money Charity, it’s estimated that the average debt per adult (including mortgage payments) is £30,277, more than 114% of the average wage. Credit card borrowing is at an all-time high, despite the years of austerity measures after the 2008 crash, with consumer credit borrowing at around £3,909 per UK adult. Nearly 250 people every day are declared insolvent or bankrupt.

When businesses or individuals are faced with mounting personal debt, it can be tempting to start ‘robbing Peter to pay Paul’. But if you owe money to a creditor, eventually you will have to pay that money back.

However, there are procedures that creditors have to go through to reclaim their money. They can’t simply send in the bailiffs to ‘take it away’, and any kind of harassment is regarded as a serious infringement of your rights.

What can you do?

If you are being harassed by a creditor, the first thing you can do is to ask an intermediary to step in and talk to them on your behalf.  A solicitor will be able to represent you. They will also be able to tell you if the creditor’s behaviour constitutes harassment, such as:

Remember, that while harassment is a criminal matter, owing money is not. It is not a criminal offence to default on a debt, but a civil issue. A creditor cannot threaten you with criminal proceedings, no matter how large the debt, but you can contact the police if you feel you are being threatened or harassed by the creditor or any party acting on their behalf.

However, not every action can be regarded as harassment. If you’re owed money it can be a frustrating experience, and as a creditor you have a right to take reasonable steps to get your money back. These include:

What you can do

Firstly, it’s important to find out who is contacting you and asking for payment, as they may not be the people you actually owe the money to, but are in fact working on behalf of the creditor. Once a creditor has handed the case over to a debt collection agency, they can no longer chase you for money personally. They must also inform you in writing that they are handing the case over to a third party.

If the creditor is harassing you for payment then you or a legal representative can contact them and ask them to stop. This is also a good opportunity to get some dialogue going so that the matter can be resolved before it escalates. Remember that if your debt is referred to a high court enforcement agency then you may also end up paying even more in costs.

Harassment for money is a criminal offence, so if the creditor continues to harass you then you can inform the police. You will need to collect evidence to prove that you are being harassed, such as recording the number of calls or visits, and when they took place, letters or documents, and witness statements.

If a third party is acting on behalf of the creditor, and your creditor is ignoring any complaints of harassment you make, you can then elevate the complaint to a professional body such as Trading Standards. If your creditor is a bank, building society or credit card company, then they may be signed up to the Lending Code, which ensures they act in an ethical manner when both lending money, and the collection of debts. If that fails then you can also ask your legal representative to take your case to the Financial Ombudsman Service.