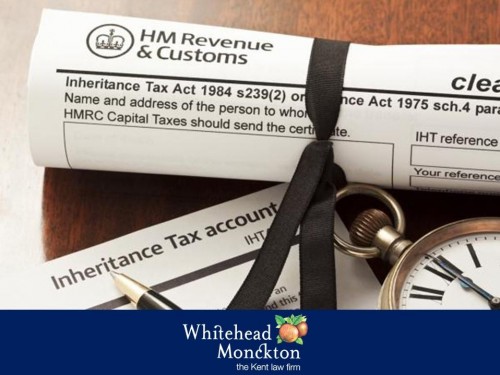 The Liability of a Personal Representative - Tax

Following on from my previous article entitled “The Liability of a Personal Representative – The Will” I discuss below examples of the risks and liabilities faced by Executors and Administrators of an estate when dealing with the deceased’s tax affairs both during their lifetime and on death.

Gifts Within 7 Years of the Deceased’s Death

One of the very first tasks for Personal Representatives is to value the deceased’s assets and liabilities, with one of the main reasons being to ascertain whether there is an inheritance tax liability or not. Involved in such task is making reasonable enquiries in the deceased’s affairs during their lifetime to investigate whether any gifts had been made by them in the seven years preceding their death, as such gifts could result in tax implications if not reported to HMRC. Failure to make such reasonable enquiries can potentially lead to penalties against the Personal Representatives by HMRC.

The case of Hutchings v HMRC 2015 highlights the implications in failing to disclose such gifts by the deceased. The case involved a beneficiary who failed to disclose a significant gift made to them by the deceased during his lifetime. This resulted in an eventual penalty of £87,533 being paid by him, as opposed to an original inheritance tax liability of approximately £47,000 had the gift been reported.

Tax during the Deceased’s lifetime

Personal Representatives are responsible for ensuring the deceased’s tax affairs, such as income and capital gains tax, have been finalised up to the date of death. This in itself can be a complex task often slipping under the radar.

The potential liability of failing to correctly finalise the deceased’s affairs can be seen in the case of Winstanley v HMRC 2018. HMRC had begun an investigation during the deceased’s lifetime into 2 of the deceased’s tax returns for the 2006/7 and 2007/8 tax years. The investigations had not closed at the time of the deceased’s death in February 2010. It wasn’t until some six years later that HMRC wrote confirming conclusion of the investigation and that additional tax liability of £319,525.28 was due. HMRC’s decision to impose the liability on the Executors was upheld at tribunal and it was the Executors of who were liable to settle the tax liability. It is important to note that Personal Representatives would be liable to pay such amount even if the estate had been distributed to the beneficiaries by the time HMRC’s investigation had closed, which in 99% of cases by such time it would have been, given the length of time that had passed. Had professional advice been sought, then sufficient enquiries could have been made and advice given on the impact of the ongoing investigation.

The case further goes to show the need for taking stringent professional advice to ensure all necessary steps are taken by Personal Representatives before the distribution of the estate.

There are various reliefs available on death such as the new Residence Nil Rate Band which must be claimed within a certain period of time to reduce the inheritance tax liability insofar as possible. However there are various conditions to be met with the relief and if the correct steps are not taken upon death then it may be too late to claim it.

For more information and help with this issue or a similar issue you can contact Sam Corse here.